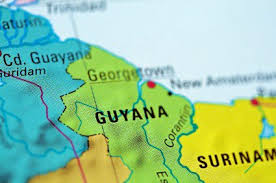 The Ministry of Foreign Affairs on Saturday confirmed that Guyana’s Ambassador to the United States Dr Riyad Insanally met with Acting Assistant Secretary of State Michael Kozak on Thursday, March 27 and the discussions dealt with the developments of the March 2 general and regional elections.

A statement from the Ministry reaffirmed that Guyana “remains a sovereign state governed by the rule of law.”

See the Ministry’s full statement below:

The Ministry of Foreign Affairs wishes to inform the public, that on Thursday, March 26, 2020, at 4:30 p.m., Guyana’s Ambassador to the United States of America, Dr. Riyad Insanally, discussed with Acting Assistant Secretary of State Michael Kozak, at his request, the situation with regard to the General and Regional Elections in Guyana.

In this context, and for the benefit of all international partners and friends, the Ministry of Foreign Affairs wishes to affirm that Guyana remains a sovereign state governed by the rule of law and recalls the following facts with regard to the current situation in Guyana:

The APNU+AFC coalition government remains in place until a successor would have been declared and sworn-in in its stead.