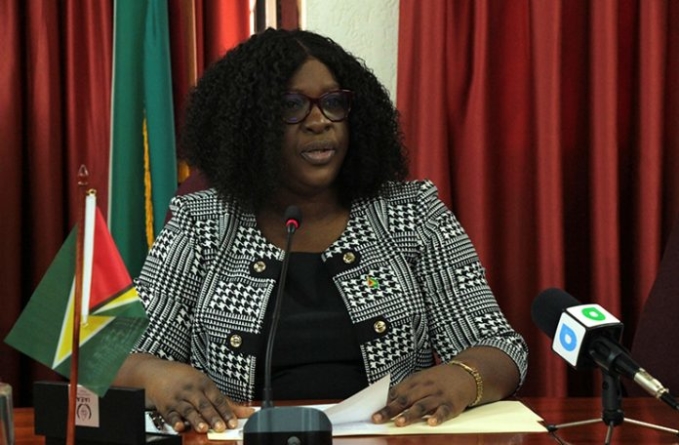 The Guyana Government today expressed regret over any `misunderstanding’ of comments made by Foreign Minister Dr Karen Cummings to international elections observers which were construed by some of them to constitute a threat to strip them of accreditation.

The Head of the Commonwealth observer mission, former Barbadian Prime Minister Owen Arthur was particularly incensed at Cummings’ remarks and said that they would be reported to the Commonwealth Secretary General.

A Government of Guyana statement follows:

It has been brought to our attention that comments made by the Minister of Foreign Affairs, Dr. Karen Cummings to Members of the International Observer Missions are being shared on social media.

We wish to make it clear that the Government of Guyana welcomes the presence of all Observer Missions and are open to their recommendations. We regret any misunderstanding the comments of the Foreign Affairs Minister may have caused.

At this time, we are all committed to allowing the Guyana Elections Commission (GECOM) to do its work without any interference.