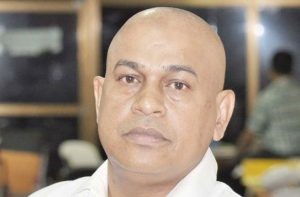 Attorney-at-law, Sanjeev Datadin, has filed an appeal on behalf of Kaieteur News publisher, Glenn Lall, over a decision made in the High Court regarding a number of controversial East Coast Demerara land deals by the previous administration.

The appeal follows a ruling recently by Justice Sandra Kertzious who on August 20 last, dismissed an application by Lall to quash the transactions.
The transactions were conducted or announced days before the March 2 elections.
Lall moved to court in July to have the sale of 130 acres of lands on the East Coast Demerara (ECD) by A Partnership for National Unity +Alliance For Change (APNU+AFC) government quashed following revelations of a massive sale of prime property by the then de facto administration.

The case which lists former Finance Minister, Winston Jordan; National Industrial and Commercial Investments Limited (NICIL) and the Attorney General, challenged the transactions based on Sections 8 and 11 of the Public Corporations Act (PCA), which stipulates that the Minister of Finance is empowered to authorize the transfer of state properties from only entities of the state.

Citing specific sections of the PCA, Lall contended that the Minister cannot transfer property owned by NICIL to any private individual.
The newspaper publisher noted: “The patrimony of this country must be disposed of transparently and in a manner which ensures value for money.”

He firmly believes that “if the lands and the country’s natural resources, which are being given out, are done in a transparent manner and at real market value, Guyana can alleviate poverty, eliminate its foreign debt and triple the salaries of public servants.”
He noted that all of the entities to which the lands were sold are private companies and that the PCA and its provisions of vesting orders in general are not applicable to private companies which meant that the purported transfer by Jordan was unlawful, ultra vires and null and void.

The former Minister is yet to respond to the case. However, Justice Kertzious based her decision to dismiss Lall’s application on a request from lawyer for the National Industrial Commercial Investments Limited (NICIL), Devindra Kissoon.
Kissoon has asked the court on behalf of NICIL to dismiss the matter. The Judge went ahead and threw out the case despite a request by attorneys for Lall for adjournment.

NICIL was specifically asking for time for a new board in place to review the sale of the lands. However in handing down her judgment, Kertzious noted that dismissal of the case will not impact on NICIL’s decision to review the transactions.
According to the appeal filed last Thursday, Lall is asking the Court of Appeal of the Supreme Court to reverse or overturn Justice Kertzious’ decision on the grounds that she erred in law when she failed to consider a number of issues related to the case.

Among them, the documents noted that Kertzious failed to recognize that the appellant (Lall) was challenging a decision made by the former Minister who is the listed as the second named respondent in the matter.
The appeal document stipulates that the former Minister was being challenged on the basis that he acted unreasonably having regard to the fact that his decision was made after the Caribbean Court Justice (CCJ) – Guyana’s Apex Court ruled that the Government was in caretaker mode and when the Ministerial powers ought to have been severely curtailed and exercised only in cases of absolute necessity.

Further, the appellant claimed that the trial judge failed to recognize and give effect to established principles of public law which required all public officers to act reasonably and in accordance with the principles of public law.
The document went on to state that the trial judge erred in law in proceeding to hear and determine the claim before the Court without first requiring the respondents, more particularly the former Minister of Finance, to file an affidavit in defense to the claim so that the Court have been apprised of what were the reasons for the exercise of the discretion of the Minister especially since a process of review of all the transactions by NICIL was not sufficient to amicably resolve the dispute between the parties.

Added to that, in his appeal, Lall contends that the trial Judge erred when she determined that he had no locus standi to institute the claim by failing to recognize that NICIL did not exercise any power to transfer but it was the Minister who exercised the statutory power under the Public Corporations Act.
“The fact that NICIL was a private company was irrelevant to the matters before the court,” Lall contends.
The document outlined further that the publisher as a citizen of Guyana was entitled by law to bring proceedings against the public official for the exercise of his discretion in matters relating to public interest.

As such, he held that the trial judge erred in law when she determined that he failed to file a Notice of Claim pursuant to Part 56.91 (4) of the Civil Procedure Rules 2016 and the Judicial Review Act which was fatal to the application and in contravention to the principles relating to what constitutes a fatal omission in accordance with the law and rules of Court.

In the appeal, Lall said too the trial Judge failed to recognize the overriding objective and duty of the Court to determine all the matters in dispute between the parties and failed to consider that the actions of the former Minister were subject public law principles including that of reasonableness, abuse of discretion, malice and ultra vires.

“The trial judge erred in law in refusing to make the order of certiorari quashing the decision made on the June 11, 2020 by Jordan and published in an extraordinary edition of the Official Gazette number orders 64, 66, 67, 68 69, 70, 72 and 73; The trial judge erred in law by ruling that the appellant failed to establish or satisfy that his public interest is being affected…” Lall said in an appeal of the decision.
As such, he asked that the Appeal Court order of the Judge dated August 20, 2020, be set aside and or reversed and his whole claim be allowed.
The appellant also requested that cost be awarded to the parties involved which include the NICIL, Jordan and the Attorney General.