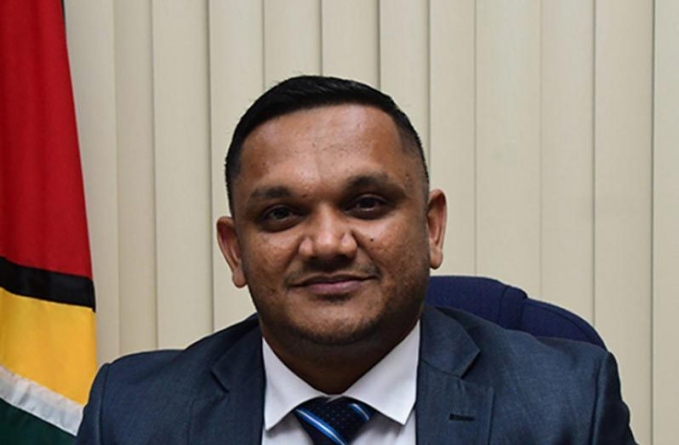 GUYANA’S ailing forest sector will be able to stay “rooted” for a while, following Cabinet’s approval of $350 million to support the cash-strapped Guyana Forestry Commission (GFC).

The once flourishing agency and major revenue earner for Guyana, was at its wits end, and was forced to request a bailout from government early this month in order to stay afloat.

The Commission, which is responsible for the administration and management of all state-owned forest land, had descended into a state of bankruptcy over the past five years, despite having a surplus of more than $4 billion at the end of 2015.

“Forestry is in a mess; staffers are not paid. They owe GPL over $70M, and they also have outstanding sums for NIS and GRA,” said Minister of Natural Resources, Vickram Bharrat during a recent interview with the Guyana Chronicle.

As a result of its financial standing, the GFC had asked for a bailout of $581M, which the Commission believes would be able to offset its debts and sustain them for seven months.

“They think in that time, they can go back to their normal footing, and sustain themselves effectively after that, and hopefully become an annual revenue earner,” said Minister Bharrat, as he recalled the days when the forest sector would make “a lot of money” and do a lot of things.

Although the requested amount was not approved, the sizeable $350M bailout will go towards the payment of staff and outstanding utility fees.

The new administration is currently saddled with this burden due to the mismanagement of the sector under the previous administration. Minister of Natural Resources Vickram Bharrat, however, has committed to seeking President Irfaan Ali’s help in sourcing more financial support for the agency.

The situation at the agency is dire, as is evidenced by the fact that workers were not paid their $25,000 bonus in 2018. Bharrat assured that those outstanding bonuses will be paid to all eligible staff before the end of 2020.

While government has been generous to the Commission, there will come a time when the Commission will have to stand on its own, and discussions to this effect have already started.

Minister Bharrat has commenced discussions with the GFC and other stakeholders within the forest sector, to examine strategies to enhance the financial performance and management capabilities of this very important sector.

The forest sector had accounted for about three per cent of the country’s Gross Domestic Product (GDP) between 2011 and 2015, and according to the GFC’s 2015 report, total revenue earned from the export of forest products was over US$54M in 2014. There was, however, a 15.8 per cent decrease in revenue in 2015, when exports totaled US$45.6M.

Reports following 2015 all showed a consistent decline in revenue earned by the forest sector. For instance, the country had earned US$39.1 million in 2017, and within the space of a year, earnings had dipped to US$37.9 million.

HOW DECLINE STARTED
“The sector’s decline started when the previous administration (APNU+AFC) took back lands from Barama and Baishanlin, which were both big concessionaires,” Minister Bharrat lamented in a past interview, noting that those companies worked six to seven million hectares of land during their years of operation here.
Both companies ended their logging operations here in 2016. The country’s biggest forestry operator, Barama Company Limited (BCL), had initially announced plans to cut back operations, but eventually closed its forestry operations altogether, and focused mainly on plywood and veneer manufacturing. During its 25 years of operation, the company invested approximately $45B into the development of Guyana’s forest industry. Baishanlin, which, along with its partners had exported over 50,000 cubic metres of logs between 2007 and 2015, also “shut shop” entirely.

“Those lands have since been given to small concessionaires, and while I have no problem with that, you have to look at their capacity to work the land,” Minister Bharrat said, adding: “We end up with a problem where you have 70 per cent of these concessionaires working; meaning that ten persons get the land, but only seven working.
“And the seven persons are only working the land up to 30 per cent, because they do not have the capacity to work it to 80 or 90 per cent… That is why they cannot generate the kind of revenue they got before.”

The reduction in revenue and mismanagement, to some extent, were blamed for the “sad” situation in which the GFC finds itself.