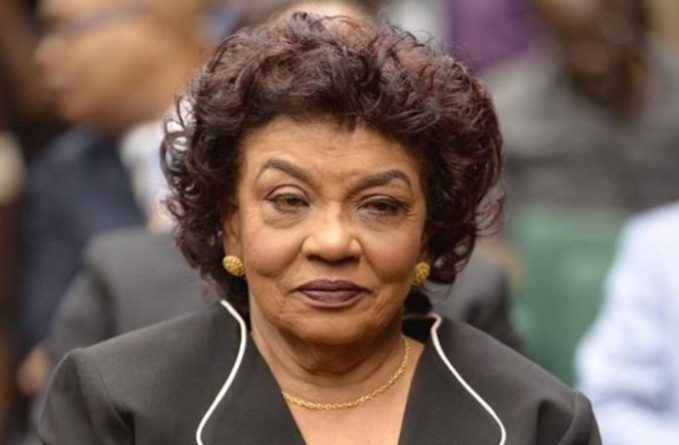 The Guyana Elections Commission (GECOM) is expected to discuss the recent utterances on the campaign trail by the A Partnership for National Unity/Alliance For Change (APNU/AFC) candidates, where they called on supporters to “protect their ballots”.

The issue was raised with GECOM via a letter written by former Attorney General and People’s Progressive Party/Civic (PPP/C) candidate, Anil Nandlall. On Wednesday, GECOM Chair Retired Justice Claudette Singh wrote to Nandlall and informed him that the issue would be discussed when the elections body meets on February 4.

Disturbed at utterances
In his letter, Nandlall outlined that the PPP/C is gravely disturbed at the utterances of several of the candidates on the coalition government’s list. He explained that they have been utilising their political platforms to encourage the assembly of their supporters at polling places after the polls close.

He singled out a number of candidates who have been encouraging supporters to “protect their ballot”, and among those names are People’s National Congress (PNC) Chairperson Volda Lawrence, Finance Minister Winston Jordan, Attorney General Basil Williams and former Guyana Defence Force Chief of Staff, Gary Best.

The PNC Chairperson, at a public meeting in Kitty, Georgetown, on January 19, told supporters: “When 6 o’clock hit, comrades, you supposed to already have your bath and put on your nightshift clothing…You understand what I am saying, comrades? This is not a time for sleeping…They must not catch us sleeping on the job. Comrades, at 6 o’clock, you return to work at the places of polling and you will remain out there and let our staff inside know that you’re out there…And then our nice strong men will be mobilised to follow that ballot box until it goes into that container and the APNU/AFC padlock and chain is placed on that container…”

In his letter, Nandlall reminded that violence and riotous behaviours are commonly associated with the conduct of elections of Guyana. He reminded Justice Singh of such instances during the conduct of the 2015 General and Regional Elections when the car of PPP/C candidate Joseph Hamilton was torched, as well as a polling place in Sophia.

“Even senior APNU/AFC leaders who appeared on the scene could not quell this assembly of coalition supporters which was quickly transformed into a mob. Statements of the type, which reference is made above, are, therefore, a sure recipe for disaster. GECOM and the security forces are quite competent to secure and convey the ballots to its requisite locations and no political party ought to be involved in this process, except as authorised by the Representation of the People’s Act,” Nandlall outlined in his letter to Justice Singh.

He reminded that Section 78(A) of the Representation of the People’s Act Cap 1:03 makes it a criminal offence for any unauthorised person to obstruct or interfere with the conveyance of election materials, ballot boxes, and ballot papers.
Nandlall, therefore, pleaded with GECOM to publicly denounce the statements, as well as reassure the electorate that such activities would not be tolerated.

In her response to Nandlall, Justice Singh informed that the matter would be placed on the Commission’s agenda when they meet next Tuesday.
Just over the weekend, Chief Elections Officer (CEO) Keith Lowenfield reminded that it is the responsibility of the Police and not supporters to secure ballot boxes.

The CEO made it clear that the only time parties have a role in securing ballot boxes is when disciplined services go out and vote. He noted that on Election Day, when the entire population votes, no such arrangement exists.
“Let’s start with the disciplined services. For disciplined services balloting 10 days before elections, we have ballot stations in Police and army localities. When I go to Timehri, for instance, and the day is ended, I facilitate the movement of those votes back to the centre to be secured,” Lowenfield said.

“Each location will have a (party) agent. So the Commission has approved the movement of agents from the respective parties to accompany. We can only take X amount in the bus we have. So yes, there is accompaniment of the votes from the disciplined services, so they arrive at the destination at GECOM. And they will observe us placing the boxes in a container. For general and regional, there is no such arrangement.”
According to Lowenfield, he will be meeting with the various election parties to brief them on these and other issues.

No voting with ‘pink slips’
Nandlall also wrote the GECOM Chair expressing concerns over statements she purportedly made to the Guyana Chronicle.
The State’s newspaper quoted Justice Singh as saying, “Why should I take off people? Come elections day, should these people come up with their pink slip, indicating that they were registered, what are we going to do? The people will demand that they have a right to vote because they were registered,” during an interview.

However, Nandlall said that the PPP/C is concerned with the statement and asked for clarifications.
“Our understanding is that the law and the Constitution only permit persons whose names are on the Official List of Electors (OLE) to vote. Unfortunately, your statement appears inconsistent with this legal reality. You must appreciate that this is a matter of crucial importance and unless this inconsistency is resolved, it can result in public disorder, confusion and chaos on the day of poll,” the letter stated.
In her response, Justice Singh clarified: “I have to inform you that there was no indication in my statement that persons should vote with ‘pink slips’. The reference to ‘pink slips’ attested only to the fact that they would have been registered”.
GECOM will be hosting General and Regional Elections on March 2, 2020.