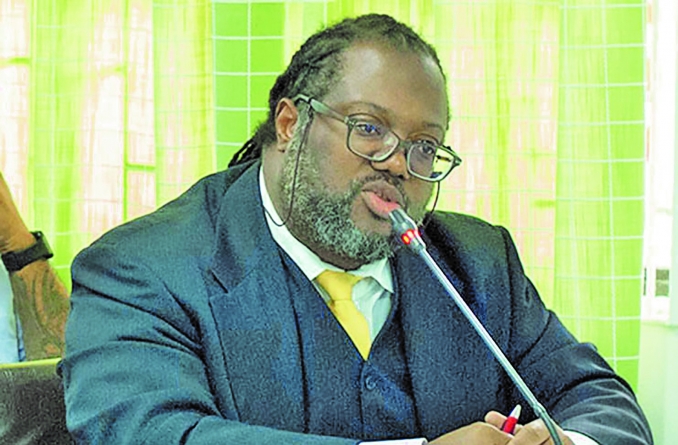 The recent pro-democracy protests in Guyana have part of their genesis in a lack of transparency, lack of accountability and a plethora of unanswered questions about the credibility of the recent activities undertaken by the Guyana Elections Commission (GECOM) officials in Region Four.

This is according to an accredited observer to the recently run off General and Regional Elections, Attorney-at-Law Selwyn Pieters, who has since broken his silence in graphic details, documenting his vantage point of the ensuing week.
Pieters, in a public posting on Sunday, said, “the failure to follow the dictates of Section 84 of the Representation of the People Act, Cap 1:03, Laws of Guyana and the process undertaken in the other nine regions where the Statements of Polls were verified in the presence of counting agents of the political parties and international and local observers has called into question the credible basis for the results in Region 4 and compromises the results of the entire elections in Guyana.”

The observer recalled that at the briefing for local observers on February 26, 2020, the Chief Elections Officer (CEO), Keith Lowenfield, detailed the procedure that must be followed after close of poll and what is to happen at the Office of the Returning Officer.
Pieters said he called the process “verification”.

This commenced on Monday evening after 20:00h as Statements of Poll (SOPs) were received in the Returning Officers’ Offices in the various regions across Guyana.
The attorney in his missive noted that in circumstances where a process for the verification was agreed upon and GECOM changed that process without regard to the law and convention, “its independence is compromised and its ability to deliver credible election results in Guyana is compromised.”

The attorney has worked along with Government-aligned causes and cases in recent years including serving as co-Counsel with Nigel Hughes for the Alliance for Change and deceased families at the Linden Commission of Inquiry between October 2012 and February 2013.

Pieters in addition to serving as co-Counsel of the Guyana Trades Union Congress (GTUC) at the Walter Rodney Commission of Inquiry, also subsequently became Counsel for the People’s National Congress (PNC) when Basil Williams was appointed Attorney General
He has also represented the Guyana Prison Service, Guyana Police Force and Guyana Fire Service (Joint Services) in the Commission of Inquiry into the Camp Street Prison disturbances among other high-profile hearings domestically.