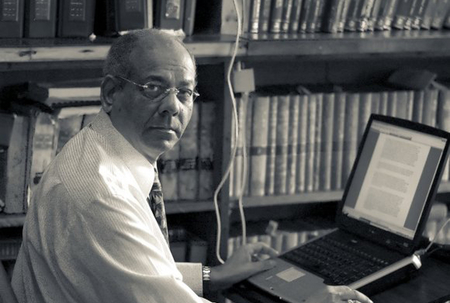 Despite repeated requests, GECOM has not responded to queries over the process for joining the votes of three of the smaller parties, according to ANUG’s presidential candidate Ralph Ramkarran.

A New and United Guyana (ANUG), the Liberal and Justice Party and The New Movement reached a novel agreement where they will contest today’s general elections independently but for the purpose of the allocation of seats their votes will be added up.

It is a process that has never before been used at elections before and there is no precedent on the mechanics of it.

Writing in his Sunday Stabroek column yesterday, Ramkarran lamented that the interests of smaller parties are not being addressed by the Guyana Elections Commission (GECOM). Only the nominees of the governing APNU+AFC and the opposition PPP are represented on GECOM.

Ramkarran argued that for Guyana’s elections to be free and fair, not only the large parties but the small ones  must have important issues affecting them addressed. He noted that the three parties have  joined their lists under section 22 of the Representation of the People Act which provides for a “joinder of lists.” The reading of section 22 suggests that votes are counted and declared separately but are then combined and seats are awarded to the “combination of lists” (the words of section 22), rather than to the individual parties.

Ramkarran, a former two-term Speaker of the National Assembly, noted that there is no law that sets out the procedures such as who would add and announce the total votes allocated to the combination and if the Elections Commission that would allocate seats to the combination of parties.

He said that the  ‘new,’ and even long existing ‘small,’ parties like the United Republican Party  have a long list of unaddressed complaints and every reason to feel neglected and ignored.

“They see that the large parties have to merely huff and puff and GECOM falls head over heels to give them attention. Can the ‘new’ and old ‘small’ parties feel satisfied that the elections would be wholly free and fair under these circumstances?” Ramkarran asked.