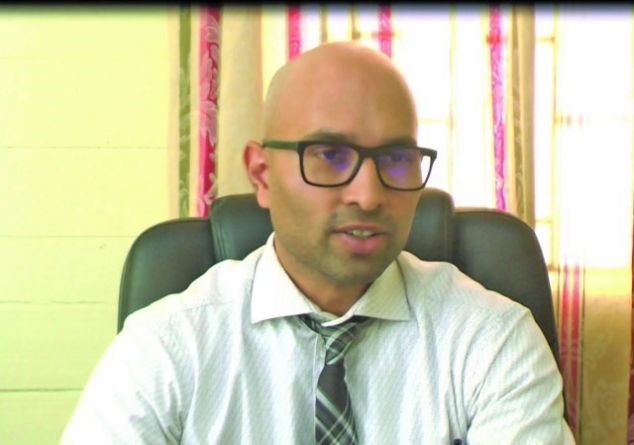 The Georgetown Chamber of Commerce (GCCI) is the latest body and locally-accredited observer of the 2020 General and Regional Elections to flay the Guyana Elections Commission (GECOM) over what some are now calling a “bungled tabulating process” that has led to a virtual shutdown of businesses in Region Four—the country’s main business thoroughfare.

GCCI President Nicholas Deygoo-Boyer on Thursday met with members of the local media corps at the business support organisation’s Waterloo Street, Georgetown office and reported that the business community is particularly concerned over the slothful release of the elections results—a situation that has since been having a deleterious effect on the economy.

“The business community has almost ground to a halt until we get these results,” Deygoo-Boyer said and pointed to a report of a bomb threat at the Office of the Region Four Returning Officer for GECOM.

Precautions out of fear

According to the GCCI President, “what we need to do is to get back into a normal transparent process” and that the divisions within the fabric of society are being ripped open where “Guyanese are being pitted against Guyanese and tensions are rising”.

He noted that there has been no directive sent out by the GCCI regarding the closure of several businesses since Monday and that these business persons were taking precautions out of fear.

Addressing the business community, the GCCI President was adamant that “we are trying not to say something until it’s true” and that GCCI is “not trying to say we expect major disruptions but when you start getting bomb threats” he asked rhetorically before positing “the situation is fluid”.

Deygoo-Boyer refrained from commenting on whether the delays in the announcement by GECOM were deliberate save to say “I don’t see a clear push from management, I wouldn’t speculate whether it’s deliberate”.

The GCCI President was adamant that what was observed was the lack of a clear work plan and executive plan by the management of GECOM.

Deygoo-Boyer told media operatives that there was no clear direction from the GECOM Chairperson, Retired Justice Claudette Singh, or Chief Elections Officers Keith Lowenfield that these officials would only seek to intervene “when these things happen” … “From the top down there has not been enough direction….as a result, process has been delayed”.

He told members of the media that there appeared to be a lack of clear Standard Operating Procedures for GECOM’s staff.

According to the accredited observer, while Elections Day and the first day of the counting of votes went smoothly, by Wednesday evening, the situation had deteriorated and referenced attempts by GECOM officials to use a ‘mysterious’ spreadsheet of information which was found to have contained several glaring inaccuracies showing more votes in favour of a particular parties, a situation that was not reflected on the SOPs.

According to the GCCI President, this led to parties vehemently objecting and as a result saw the intervention of the Chief Elections Officer after which a meeting of the full commission was held.

The count was resumed using the prescribed method of SOPs but a staffer later complained of feeling tired.

The GCCI executive member who assumed monitoring activities for the body at 01:00h the next morning said that by the time the count had restarted under a new Deputy Returning Officer, one of GECOM’s staffers complained of feeling tired after about 15 minutes of counting after which he left the room with a flash drive went to another room.

That staffer reportedly returned for the computer at which point an uproar was created through the objections by the others.

He said too that the Police forensic lab has since been called in to check on the computer to see if it had been tampered with.