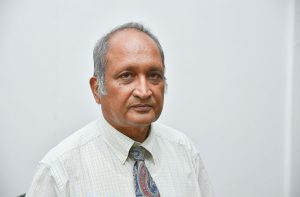 ExxonMobil should come clean with the Guyanese people, and tell them what they need to know about the contents of the material discoveries it has made offshore Guyana.

That is the insistence of Director of the Transparency International Guyana Institute (TIGI), Turhan Doerga.
Doerga and TIGI’s first Vice President, Fred Collins, appeared on an edition of the Kaieteur Radio show, Petroleum 101, last Monday night.
During that programme, the Institute’s leaders discussed transparency in the petroleum sector, against the backdrop of ExxonMobil’s continued withholding of details about Guyana’s hydrocarbon content, particularly the natural gas.

ExxonMobil has announced 16 discoveries on the Stabroek Block, so far. The company’s most recent disclosure indicates that it estimates there are eight billion oil-equivalent barrels in 15 of those discoveries. The 16th discovery is not yet factored into the estimate.
The term ‘oil-equivalent’ accounts for oil as well as gas content. Exxon’s public disclosures do not disaggregate. Kaieteur News posed the question to ExxonMobil’s local Government and Public Affairs Advisor, Janelle Persaud, late last year. On several occasions, she said that the company was still analysing its finds.

During Monday’s radio show, Doerga said, “You cannot tell me that you don’t know or that you’re still analysing. We need more data. They need to come clean with us. This is our country.”
He said that ExxonMobil has to make a decision now to move away from the trends it has established for other countries in which it has operated, around the world.

“Let us be honest; let us be open. It is the people’s oil,” Doerga said.
Suriname’s experience with a discovery made by Apache and Total in Block 58, made earlier this year, shows that the gas content can be estimated just days later.

Minister of Public Infrastructure, David Patterson, appearing on a Kaieteur Radio show, Guyana’s Oil & You, told the listening public that the Liza-1 field is estimated to contain one trillion cubic feet of natural gas. He had disclosed that he was also aware of the gas content in Liza – Phases One and Two. However, ExxonMobil had already announced 15 discoveries at the time of his statement.
Kaieteur News is aware that ExxonMobil’s 11th discovery called Haimara, made in early 2019, is a gas condensate reservoir. Furthermore, ExxonMobil’s public disclosures about the Pluma well seem to indicate that it may be a gas reservoir as well. These discoveries open up a new area for development.

When it comes to deciding what to do with Guyana’s natural gas, public discourse has lagged behind discourse about oil. ExxonMobil’s local subsidiary, Esso Exploration and Production Guyana Limited (EEPGL), had informed the Inter-American Development Bank (IDB) that between 30 and 50 million cubic feet per day of extra gas can be made available for electricity generation in Guyana from the Liza-1 project. Government had announced intentions for a natural gas plant. It is estimated that the excess gas from that project could power Guyana for more than 15 years.

But that’s not enough, according to Opposition Leader, Bharrat Jagdeo. During a press conference last week, Jagdeo told Kaieteur News that Government must be competent enough to demand Exxon make necessary disclosures in due time.
“Is [the quantity] enough to have gas sector development, not just oil? What would be the cost of probably moving it?”

“What are the subsidiary industries? Is there adequate gas to come and build other types of industries? The downstream industries?”
Jagdeo said those are all the conversations that a Government should have already been having with its people.
In talking about this issue, Doerga argued, “Nobody can come to my country and rip me off or take what I have, if I don’t allow them… We are allowing them to do what they are doing.”

His colleague, Collins, added that Guyana must not run away with the idea that it is limited in its ability to take control. He said that that mentality has been normalised by a culture politicians have normalised for years, and that it must change.
In trying to determine whether independent analyses could be done, Kaieteur News has discovered that the Petroleum (Exploration and Production) Act has made provisions for the Government to furnish a Consultant with the necessary data without the consent of ExxonMobil and its Stabroek Block partners. It is unclear whether Government will take that route.