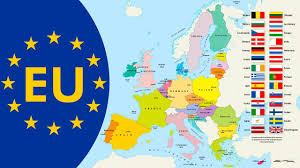 The European Union (EU) is ramping up preparations for its observing of Guyana’s general and regional elections on March 2nd.

In an advertisement in yesterday’s Stabroek News, an organization by the name of STEP issued a call on behalf of the EU for the filling of numerous positions.

Only Guyanese nationals are eligible and female candidates are highly encouraged to apply. The required educational attainment for all positions is a university degree in a relevant field plus two years of experience at a national or international level. The assignment dates are January 27th to the end of March.

CVs are to be submitted to info@eueomguyana.eu. The deadline for submission is January 20th, 2020.

The scale of the proposed hirings signals that the EU mission will be far more extensive than at recent elections. A scouting mission from the EU was here several weeks ago analyzing what was required for its mission.

On Tuesday, the Carter Center announced the launch of its observer mission for the March 2nd general elections.