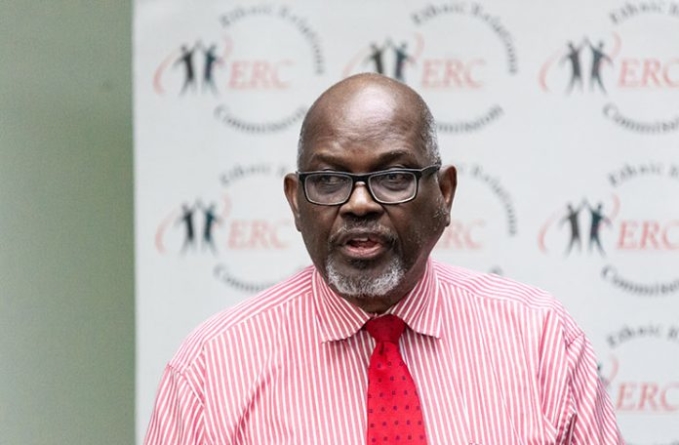 While it is impossible to monitor every social media account, the Ethnic Relations Commission (ERC) has engaged several social media personalities and has identified some 44 instances where offensive comments and racial slurs were made over the past several months.

Simultaneously, the ERC has been able to successfully lead 16 interventions.
The head of the Media Monitoring Unit at the ERC, Mr. Remington Eastman, was, at the time, addressing a media briefing at the Cara Lodge, on Friday morning, where he tackled the issue of social media monitoring.

He stated that the ERC has been monitoring the social media websites of political parties and media houses to identify any form of racial slander or discrimination. However, he noted that the majority of the comments that were made were from fake social media accounts.

Therefore, he added, media houses and political parties should monitor what is posted or said on their social media websites, and it was their responsibility to censor, delete or edit what was said to make it more acceptable to the general public.

Additionally, he noted that, of August 2019, the ERC has been interjecting and reminding persons that they can be prosecuted for making vile comments and threats on social media. “When we come across these posts or these threats, we have been interjecting and letting people know that they can be prosecuted according to the representation of the people’s amendment act,” he stated.

Additionally, Dr. John Smith, Chairman of the ERC, noted that the commission intends to embark on an education initiative to change mindsets and tackle the long-standing issue of division among Guyanese people.

“The Commission will, in the near future, embark on an education initiative to examine inherent causes which have led to current suspicions and stereotypes and explore possible mitigating measures. It remains convinced that education is the key to help change mindsets for the removal of stereotypes. To this end, the Commission will continue to prioritize educational programmes in 2020,” Dr. Smith said. 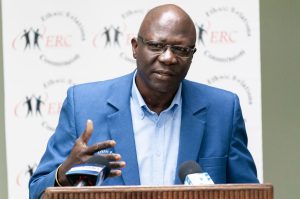 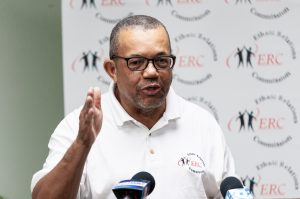 Meanwhile the ERC, has hosted several symposiums in all ten administrative regions across the country and has been able to engage some 1544 persons for the year 2019.
The media’s role in social media monitoring

According to Commissioner Barrington Braithwaite, election is an attachment to the on-going issue of division in Guyana, and, as such, the media play a vital role in influencing information surrounding the atmosphere of the current election period. Media houses should therefore monitor how information is transmitted and its general content.
The media can significantly influence information and the atmosphere of the coming elections and therefore a Media Code of Conduct (MCC) was established in 2001— and recently revised in 2015 — as the standard of media performance expected, especially during the imminent election period.

As such, in November 2019, the Guyana Elections Commission (GECOM) along with the ERC embarked on the crafting of a Memorandum of Understanding (MOU) to monitor all media outlets including their social media pages and websites during elections campaign.
Over the years, while GECOM’s Media Monitoring Unit (MMU) had observed and reported on coverage of the media during the elections season, the scrutiny had addressed only the traditional media of radio, print and television. However, ahead of the March 2020 General and Regional Elections, the MMU will be increasing its scrutiny of social media news platforms.