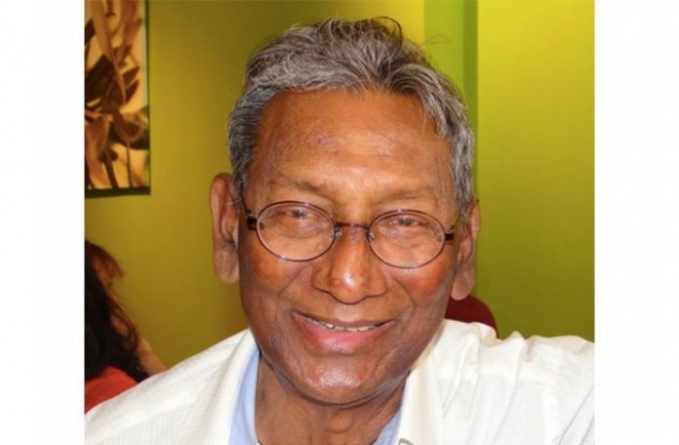 Political activists Moses Bhagwan and Eusi Kwayana have called on the country’s political leaders to take proactive steps to deescalate the tense post-elections climate in the country.

The men stated, in a joint letter on Monday, that if such steps are not taken Guyana runs the risk of cultivating violence in its society which would see the country losing altogether regardless of which party wins the elections.

Bhagwan and Kwayana said that this threat is looming describing it as a “very dangerous situation” which is “fast approaching” based upon recently made observations.

“We write as two Guyanese who have come out of the leadership of both major parties, who have lived through the violence of the 1960s, and who have been following with deep sadness and alarm the news of the outbreak of conflict following a mainly peaceful electoral campaign and voting process in our beloved country,” the men said.

“People’s lives have been disrupted in the past week, and a sense of fear and mistrust is rapidly taking over our communities. History teaches us that mistrust can lead to violence, if it is not nipped in the bud. As we have already witnessed, it is the most vulnerable among us who will suffer the most. Irresponsible leadership very rarely gets affected by the disputes they consciously sow.”

Several persons have been arrested, some injured and one man has died following the protests of People’s Progressive Party/Civic (PPP/C) who were displeased with the circumstances under which the total votes for Region Four were declared on March 5, 2020.

It showed that the APNU/AFC coalition government had overtaken the lead of the PPP/C, something the latter party leaders linked to rigging and rallied up supporters across the country vowing that they would not rest until their democratic rights are respected.

Bhagwan and Kwayana, observing the decline in peace, called on the country’s leaders to “surrender their narrow goals” and urge supporters to put an end to “violence or the threat of violence and intimidation”.

While not claiming originality to the proposal, they also called on the two main political parties to form a joint government or a national government based on the principle of parity.

“Such negotiations would necessarily have to be consistent with the constitution, but it is entirely possible to envision a situation, for example, in which the winner of the 2020 elections takes the presidency but asks their prime ministerial candidate to resign so that someone from the other major party can be appointed; and where a collective cabinet can be appointed,” the men put forward.

“Such a compromise would also give greater latitude to MP’s to vote against the government instead of following the herd, offering greater opportunities for accountability against corruption. This breathing space can be an opportunity to take a collective breath, and importantly provide an opportunity for our political leaders to work together on common issues. We do not anticipate that this will be easy. We call for it because it is precisely under such conditions of extreme political polarisation and mistrust that the hard but urgent and necessary work of healing for nation building is called for.”

They said that such should be pursued irrespective of the outcome of the High Court which will determine whether there is need for a recount of the total votes for District Four.

Apart from these recommendations, Bhagwan and Kwayana expressed their satisfaction to know that international observers are present as it would allow them to evaluate “any claims of evidence of illegality in the elections process”.

However, at the same time, the men stated that they “condemn all attempts by participants who speak about the rule of law while they engage in disruptive tactics to enforce their will”.

They made it clear that these acts as well as alleged acts, contribute to division and chaos in the society and in such a “deeply divided nation”, the possibility remains for political leaders to deescalate tensions by finding a mutual solution.

The men advised: “The security of the supporters of one major party cannot be premised on the insecurity of the supporters of the other. It is a system that guarantees that most Guyanese, starting with those most vulnerable among us, will always be shut out. Until the system changes, whoever wins, Guyana loses. To the leaders of APNU-AFC and the PPP, we ask you to hold your heads high and operate with integrity and humility.”