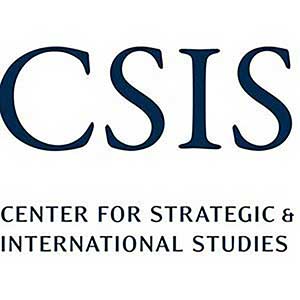 A Commission of Inquiry (CoI) into electoral problems that President Irfaan Ali has promised represents an important step with respect to advancing transparency, good governance and rule of law. This is the view of the Centre for Strategic and International Studies (CSIS), a Washington-based think tank in one of its most recent reports, Guyana: Opportunities and Challenges for the United States and the Caribbean Basin, written by Evan Ellis.

Ellis, who is also a Senior Associate with Americas Programme, was keen to highlight that there is a risk that those targeted by such an inquiry, “with possible criminal charges for wrongdoing associated with the election process, including Chief Elections Officer (CEO), Keith Lowenfield, will try to misrepresent those actions to their supporters as the criminalization of political opposition, fuelling further political polarization.”
In political affairs, Ellis’ report says, one of the most pressing tasks for the Ali government will be to unite the country. “Most importantly,” it adds, “this includes reassuring voters—in a country ethnically and politically polarized between Indo-descendant and Afro-descendant populations—that the interests of all ethnic and other groups are fairly represented and protected.”

The report went on to state that President Ali’s “positive and inclusive” inaugural address was a “good start” in that regard, as was Minister of Legal Affairs and Attorney General (AG), Anil Nandlall’s, expression of interest in working with the opposition.
Nonetheless, the report added, the angry discourse and violent protests following the September 6 murders of two Afro-Guyanese youth in the West Coast Berbice area highlight the risk of escalating ethnic conflict in the country.

It is in the context of persistent political polarization and negative sentiments in Guyana that CSIS suggests a CoI into the events of the contentious and protracted March 2020 elections.
In the same vein, it added, the new government’s legal review of funds expended in 2020 by the outgoing Granger administration has the potential to give rise to a series of criminal cases and political polemics throughout 2021 and beyond. “Such cases would make the APNU leadership and support base feel threatened and could potentially stimulate populist appeals that could deepen polarization,” CSIS concluded.