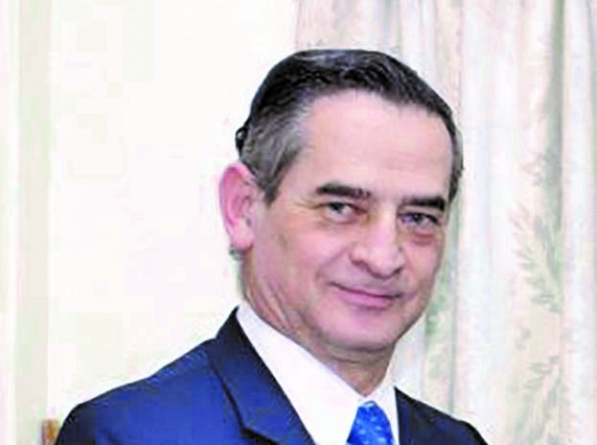 Chilean Ambassador to Guyana, His Excellency Patricio Becker, has put forward areas in which his government could provide assistance to Guyana to trade agricultural products on the international market.
Speaking with Guyana Times on Thursday, the envoy related that Chile has placed great emphasis on food safety and, more so, produce that can be exported.
Presently, the sector contributes extensively to their foreign exchange – an advantage which he said Guyana can also capitalize on. He shared that Guyana is blessed with abundant lands and favourable weather conditions which can sustain a successful agroindustry.

“We have, in Chile, food safety that allows us to import, export and create a very successful fruit industry. We export all kinds of fruit to the United States, Europe and Asia. I tend to ask, ‘Why Guyana cannot have that?’. We have very nice lands here, also we have great weather to produce tropical fruits. That is one that we can have in the future to create agrobusinesses, an agroindustry, and that would be very successful,” Ambassador Becker relayed.

Globally, the demand for food is expected to increase by a whopping 50 percent by 2050, taking into account a population increase and other enabling factors.
Chile’s main agricultural products include grapes, whole milk, apples, tomatoes, wheat, maize and potatoes, among others. There are over 13,000 hectares of organic land, with some 550 organic farms operating in the country.

Almost 80 per cent of the organic good produced is exported, as the industry is supported by Government through the Agriculture Ministry. Major domestically organic products include fresh fruits and vegetables, olive oil and wine – all of which are exported. With research, they are seeking to improve these standards and expand the sector.
He said that, besides Guyana, his country is seeking to develop a better relationship with countries across the Caribbean Community (CARICOM).
“We are very interested to develop a closer relation with Guyana, and also other Caribbean countries. Now we have embassies in Trinidad and Tobago, Jamaica and Guyana. We have many programmes to cooperate these countries and CARICOM.”

The Guyana Government has already recognised the importance of its agriculture sector, which was evident with the reopening of sugar estates upon taking office in August 2020, along with the removal of high fees for farmers.
Some time ago, Agriculture Minister Zulfikar Mustapha voiced that after the coronavirus pandemic ends, the agriculture sector will still be there to drive the economy.
He had said that while the unprecedented impacts of the COVID-19 pandemic have been felt not only in public health systems, but in the economy, it has amplified Guyana’s awareness of the importance of food security.

Noting that Guyana is a food-secure country, he said that it met the global hunger targets in 1996 of the World Food Summit, and in 2000 of the United Nations Millennium Development Goals (MDGs).
Guyana produces 59 per cent of the food it consumes, which means that its food-import dependence is 41 per cent. However, he added that it was Government’s intention to reduce this import dependence by creating an enabling environment for an efficient and competitive local manufacturing sector.
He further disclosed that the agriculture sector, both public and private, is struggling to deal with the impact of the pandemic. While he said there was no major problem of availability of food, supply-chain interruptions and loss of income are being experienced.

A survey on food security found a decline in farmers’ income on average of 20-50 per cent; farmers reported difficulty accessing agricultural inputs – seeds and planting materials, and fertiliser and pesticides; prices of seeds/fertilisers are higher than usual, and seed varieties/planting material and fertilisers and pesticides regularly used are not available.
It further found that input suppliers and food traders recorded lower sales owing to business restrictions and client’s restrictions and higher operating costs of agri-businesses; and food traders recorded a decline in customers, with the level of sales consequently decreasing, while experiencing difficulties transporting produce in the last three months.

In light of this, Minister Mustapha was quoted as saying, “We must focus on ways to expand, shift agriculture from primary producer to value-added, to reduce the 41 per cent dependence on imports, which include processed products, dairy products, grains such as corn and soybean, etc. This expansion will aid in the reduction of our domestic food import bill of $45 billion.”