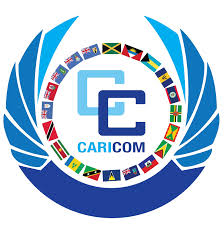 Fellow Guyanese, I am a supporter of the regional integration movement. As an economist, I believe it is a good model to give voice to small states and also help to address some of the fundamental issues of development. That said, I have serious reservations with CARICOM, especially in its sudden interest in democracy and the rule of law in Guyana. For this reason, I am cautioning all to treat CARICOM’s visit with caution.

Third, CARICOM was the first to issue a press release saying that they were okay with how the elections were conducted in Guyana. It was the last to condemn the illegal declaration in Region 4. It only broke its silent after the world was united in its condemnation of the illegal declaration. Fourth, when the people of Venezuela were stripped of their freedom and democracy by the Maduro government, CARICOM invented the concept of non-interference. It remained silent.

First, and this is glaring. Back in 2010 (I can be wrong with the date), when Haiti had its political and constitutional issues, CARICOM was the loudest voice. It deployed a team, it invested resources, and it openly advocated its position, whether that was. Sixth, and this one is ever ongoing, even as a founding member of CARICOM, Guyana and Guyanese continue to be treated like second class citizens of the block with inhumane immigration treatment to poor trading relations with other member of states.

I can go on, but I will take it that you get the point. I will say this publicly and openly, I trust some people working in CARICOM, they are some of the most professional people I know and have worked with; some even taught me in University. BUT, I do not trust CARICOM as an organization. It has proven that it cannot be an impartial arbitrator of justice, fairness, democracy and the rule of law. At best, it appears to be concerned about these values selectively.

As we fight to save our democracy, freedom and our way of life, let us be cautious and careful about those that claim they are here to help. At all times, let us peel back the curtain and look what or who is behind.