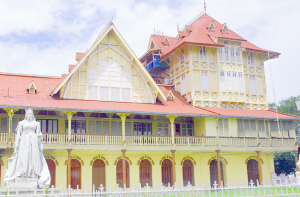 The APNU/AFC Coalition intends to file two election petitions to challenge the results of the March 2 General and Regional Elections.

During a virtual engagement with the media on Friday, minor coalition partner, the AFC said applications for leave were made on Thursday and the party anticipates a speedy response from the court to move ahead with the matter.

“I do believe that we will have two petitions because there has been great interest both here in Guyana and overseas in ensuring that we have credible petitions,” party Chairman Raphael Trotman told the media.

“The expectation is that that application will be considered and approved speedily by the court.”

“The process is unfolding, we expect that it will dealt with, and the formal proceedings will proceed on Monday, and thereafter the High Court will set a very early date because this is a matter of national, regional and international import. The speedier we have this resolved the better”, Trotman declared.

Asked why the party will be filing two petitions, Trotman said “it is not the first time that multiple petitions be filed following an election, and with good reason. Should one fail, there is another to stand up.”

In relation to the coalition’s legal representation, Trotman said that along with representations from overseas, several pro-Coalition lawyers here have come forward to volunteer their services.

Asked whether the national recount would have any bearing on the coalition’s petitions, Trotman explained that much of the party’s work was already done via the recount and the party will use the evidence coming out of that process.

“For the most part, the work has been done for us by the actual recount, and we have the actual observation reports, we have eyewitness reports for persons who were present.

“With that said, it is expected that we would have covered most of the ground in terms of where the discrepancies and illegalities lie and the question would then be for the Court, whether these are sufficient…on both a qualitative and quantitate basis to overturn the elections.”

Meanwhile, the AFC has once again restated the coalition’s baseless claims of voter impersonation as the basis for the elections petitions.

Despite the certified results of the national recount, the coalition still insists on alleged voter irregularities, claiming dead and migrated persons had voted at the March polls.

These claims were all debunked by the various persons involved.

On Thursday, Joseph Harmon, who served as the Coalition’s Campaign Manager and an elections agent, confirmed that the party is ready to present its case. In a Facebook post, he also called on the party supporters to “mobilise in numbers to lend support to our party. We want a big manifestation against this persecution that is going on.”

However, many have come out bashing his move, especially given the fact that the emergency measures currently in place to combat the spread of the novel coronavirus here prohibit any public gathering in large numbers.

Harmon had also announced that the coalition has formally written to the Heads of several international organisations as well as diplomatic partners, outlining that “based on the vast amount of evidence” the APNU+AFC Coalition “believes, and intends to prove, that the elections held on March 2 lacked credibility and legitimacy”.

However, a national recount which was agreed to by former President David Granger and then Opposition Leader Bharrat Jagdeo showed that the PPP/C secured 233,336 votes while the APNU/AFC obtained 217,920 votes – a difference of some 15,416 votes.

But after five months of a series of litigation and delayed tactics, the PPP/C were finally declared winners of the March 2, 2020 elections by the Guyana Elections Commission (GECOM) and Dr Irfaan Ali was sworn in as Guyana’s 9th Executive President on August 2.

According to the National Assembly (Validity of Elections) Act, an election petition must be filed in the High Court within 28 days of the election results being declared and published in the Guyana Gazette under Section 99 of the Representation of the People Act.