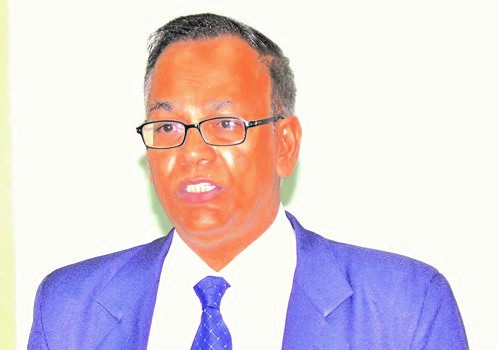 The former Public Infrastructure Ministry has been red-flagged by Auditor General Deodat Sharma for breaking the law by keeping 611 cheques worth over $2 billion on hand instead of refunding the money to the Consolidated Fund at year end.
According to the Auditor General in his 2019 report, audit checks in January of this year had found that the Ministry, which was at the time headed by David Patterson, had checks on hand that were mostly drawn prior to December 2019. However, this is a breach of the Fiscal Management and Accountability (FMA) Act 2003.
“Section 43 of the Fiscal Management and Accountability Act requires all unspent balances to be returned and surrendered to the Consolidated Fund at the end of the fiscal year,” the Auditor General said in his report.

To make matters worse, the Appropriation Accounts were overstated by $2.078 billion, a continuation of a trend since the Ministry’s Appropriation Accounts were also overstated in 2018, that time by $732.7 million.
The Auditor General also noted that “123 of the 332 cheques drawn from December 31, 2019 to January 3, 2020, had insufficient supporting documents attached. The 123 cheques totalled $865.2 million.”
It was pointed out that those 123 cheques totalled 66 per cent of the total value of cheques drawn within that period. The Auditor General found that the basis for these transactions could not be determined.
In the Ministry’s response, they noted that four cheques totalling $590,000 were returned to the Finance Ministry so that they could be changed to the Accountant General and refunded to the Consolidated Fund – still only a fraction of the total cheques.

The Ministry noted, however, that the remaining cheques were collected by their intended payees. The Audit Office, in its recommendations, urged the Ministry to ensure full compliance with the Fiscal Management and Accountability Act.
The former APNU/AFC Government has been repeatedly flagged by the Audit Office for breaching the FMA Act, whether it was from not returning monies to the Consolidated Fund or making unauthorised withdrawals from the Fund.

The Guyana Defence Force (GDF) was also cited in that report. In one instance, $20 million was taken to offset expenses incurred in procuring maps, writing material and ink to “aid in the development of orders and other related documents in support of the 46th Republic and 50th Independence anniversary and Operation Dragnet”.
A further $35 million was withdrawn to supplement money needed for the anniversary celebrations, and to service GDF vehicles for Operation Dragnet, a Joint Services’ intelligence-led operation which was carried out in 2016.