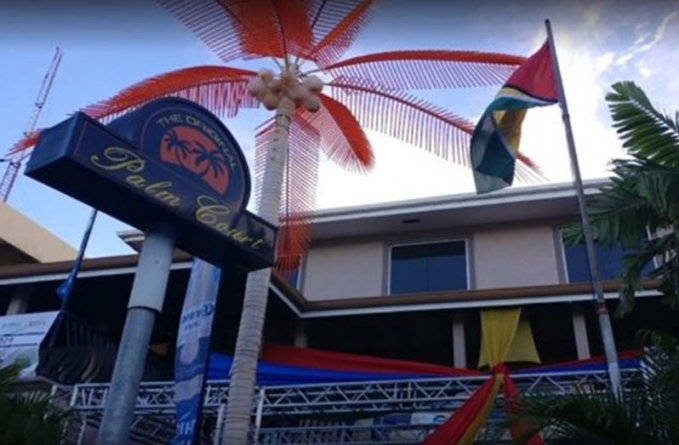 THE National COVID-19 Task Force Secretariat (NCTFS) discovered that 42 businesses breached the COVID-19 emergency measures and 20 of those businesses have been issued final warning letters for continued breaches of the guidelines.

This information was released Monday in a press statement from the NCTFS and the Ministry of Health in response to a letter written to the task force by Chairman of the Private Sector Commission (PSC), Nicholas Boyer.

Importantly, the businesses in contravention of the COVID-19 guidelines were not revealed but the statement did acknowledge that the Palm Court Restaurant and Bar was one such business.

The Guyana Chronicle reported that a letter, dated November 21, 2020, was issued to the Palm Court Restaurant and Bar, a popular entertainment in Georgetown, stating that it is evident that despite being warned on October 30, 2020, the entertainment spot continues to defy the COVID-19 measures. The letter did not state specifically what measure (s) the night spot had breached.

The management of the business denied that the entertainment spot was violating any of the COVID-19 guidelines which have been instituted by the NCTFS, as part of measures to help curb the adverse effects of the virus.

In a letter addressed to the task force and seen by this newspaper, the PSC Chairman accused the task force of attempting to discredit the business by leaking the final warning to the media. He also posited that “hundreds” of businesses operate similarly to the Palm Court, which made the Task Force’s actions seem discriminatory.

Boyer even said that the PSC, a key business stakeholder on the task force, is “seriously and actively” considering withdrawing from the task force.

Though the task force mentioned that 42 businesses were warned, and not the “hundreds” as Boyer contended, the COVID-19 planning and response body encouraged the PSC to remain part of the task force. This, the statement noted, was part of the “inclusive approach” taken by the government.

“The PSC plays a vital role as part of the Task Force and the Ministry believes that the matter concerning the Palm Court Restaurant and Bar could be resolved mutually and collaboratively as done by other businesses that were written to,” the task force said.

The body also denied disclosing any information to the media about which businesses have been warned, and emphasised that this modus operandi will continue.

“As the PSC correctly pointed out, the mandate of the NCTFS was given by none other than the President of Guyana, His Excellency Dr. Mohamed Irfaan Ali, and both the Task Force Chairman, Prime Minister Hon. Brigadier (ret’d.) Mark Phillips, and Co-Chairman,
Minister of Health, Hon. Dr. Frank Anthony, believe that every citizen and every sector, including the PSC Chairman and the entire Commission, must play their part to ensure this mandate is achieved,” the release contended.