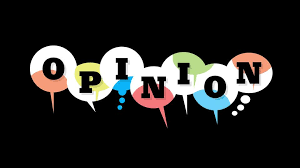 From examining the above data, countries that are not likely to impose sanctions on Guyana, should a government be sworn in that is not deemed to be legitimate by the western world such as the United States, United Kingdom, CARICOM, European Union and the Commonwealth, are perhaps China and Japan. These two countries only account for less than 10 percent of international trade, both imports and exports. As such, if all the others are to impose sanctions a worse case scenario, then clearly the supermarket shelves will be empty, there will be massive food shortage, fuel shortage as well – this will lead to prolonged black outs.

There will be no inflow of foreign exchange from exports – hence would not be able to service external debt, failure of which, the country will default on its external debt and that would in turn lead to bankruptcy. In other words, there will be virtually a complete shut-off – of international trade. In the financial sector, correspondent banks will severe ties with the local banking system and this will necessitate a complete collapse of the financial system and more so a collapsed economy.

On a slightly different note, since the successful passage of the no-confidence motion, other analysts have pointed out that at the end of the fiscal year – December 2019 when the budget for 2019 would have been exhausted – the 1/12 provision in the Fiscal Management and Accountability Act would have been activated until a new government is sworn in post elections to prepare and present the 2020 budget in the National Assembly for approval. Apart from the 1/12 provision, there is another provision which states that “where the Minister, when satisfied that an urgent unavoidable and unforeseen need for expenditure has arisen” –

for which no moneys have been appropriated or for which the sum appropriated is insufficient;
for which moneys cannot be reallocated as provided for under this Act; or which cannot be deferred without injury to the public interest, may approve a Contingencies Fund advance as an expenditure out of the Consolidated Fund by the issuance of a drawing right.

The total amounts permitted to be drawn from the Contingencies Fund pursuant to subsection (3) (outlined above) shall not exceed two percent of the estimated annual expenditure of the last preceding fiscal year as shown in the annual budget proposed by the Finance Minister for approval in the National assembly. With respect to the 1/12 provision, this is also calculated based on the last fiscal year’s annual budget, which in this case amounted to $300 billion.

The year is already at the end of the first quarter and it would appear that with the current political crisis or impasse – it does not seem that this will end anytime soon – nor can it go on indefinitely either. Now, if one were to take the 2019 total public sector salaries and wages which amounted to approximately $70 billion – this would work out to roughly $6 billion in wages and salaries for public sector employees per month. With the formula outlined above in terms of how much money the government can access lawfully in the given circumstances, it would work out to (1/12 or 8.33% + 2% of $300B = $31B).

Thus, $31 billion / $6 billion monthly salaries and wages = 5 months and 2 weeks. This means, by end of May 2020 which will be five months into 2020 and two months from now, the Government will virtually run out of money that they can lawfully access from the treasury in the circumstances, which means, public sector employees’ livelihoods will be on the breadline post May 2020 if we don’t get over this impasse and a democratically elected Government installed.