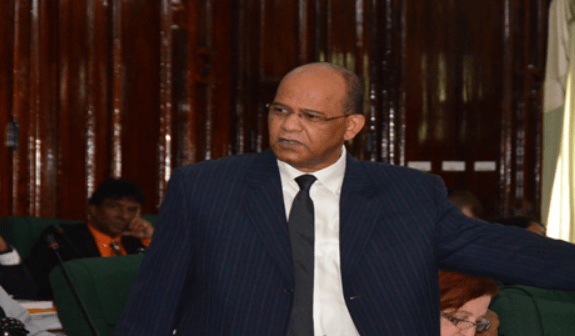 As a former Minister of Home Affairs, I know Assistant Commissioner Edgar Thomas.

Thomas is a dedicated and professional police officer who worked  for years as the Force’s IT specialist up-to the time of his well-deserved promotion as an Assistant Commissioner.

What was done to him was grossly unfair, degrading and flagrantly high-handed.

A Deputy Superintendent of Police cannot give orders nor instructions to an Assistant Commissioner of Police. To do so, is to be highly disrespectful and insubordinate to a superior officer. Worse yet if it is attempted whilst the superior officer is in operational mode.

It is situations such as this that result in a breakdown in organizational discipline and flouting of the chain of command within the Guyana Police Force.

An Assistant Commissioner takes direct orders/instructions from the Commissioner of Police or makes his own judgement and takes decisions depending on his assessment of the situation on the ground.

That is precisely why he enjoys the rank of an Assistant Commissioner. That is why he was put there.

The big question there is, why didn’t the Commissioner of Police himself call his colleague and advise him how to handle the situation.

These two men have worked together in the Force for years.

Since this is not the case, it is clear that acting on advice from the APNU+AFC political hangers-on, Thomas was told by a Deputy Superintendent what was required of him when it should have been the Commissioner of Police himself who should have been the one to advise Thomas as to what operational posture he should adopt or not adopt.

From all indications, the Commissioner of Police avoided being the one to instruct Thomas as to what he should do. Instead,  a junior rank of the Force was handed the responsibility to execute a political order.

In any event, the final say rests with the senior rank and not with a junior rank when it comes to operational matters.

The junior rank must know his place. In fact, he would be acting in a highly unprofessional manner in allowing himself to be used as a political tool contrary to the Standing Orders of the Police Force.

The whole incident smacks of political interference by those who pretend to know everything about law and order and military matters when all they know is to bulldoze and dictate to Constitutional bodies such as GECOM and to try to bully others to kowtow to their personal and  political whims and fancies, and to rig elections so as to perpetuate themselves in office contrary to the will of the Guyanese electorate.