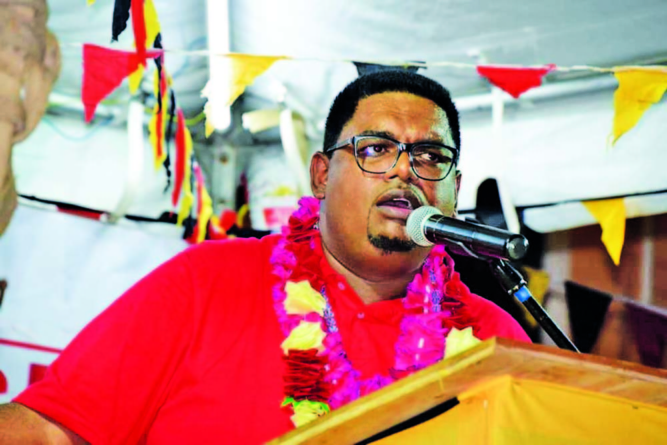 The People’s Progressive Party/Civic (PPP/C) has promised to lend support to the hundreds of former sugar workers who remained on the breadline after the APNU/AFC administration closed the Wales Estate back in 2016.

This promise was made by the Party’s Presidential Candidate, Dr Irfaan Ali, at a well-attended public meeting on Friday at Patentia, West Bank Demerara.
The Wales Estate was the first of four estates closed by the coalition government. Three years later, many of those thousands of sacked sugar workers across the country are still struggling to make ends meet while communities are also facing the ripple effects of the closures.
Dr Ali told hundreds of supporters gathered a stone’s-throw away from the Wales Estate that a PPP regime will work to create opportunities for the people in West Demerara (Region Three), especially those on the sugar belt, to make themselves and their communities economically viable once again. 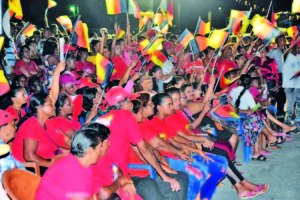 Moreover, he noted that an Irfaan Ali-led administration will also focus on strategic partnerships with the private sector but in a transparent manner unlike the secret deals being undertaken by the coalition.
“That is why we said when they closed the sugar industry, they should’ve done a social or economic impact assessments. If they had done that, they would see that not only the workers will suffer but all the communities and other workers would also be affected. Because when the estates were closed, there was no money to buy from the small farmers and so on,” Ali posited.

Building on this, Opposition Leader and General Secretary of the PPP, Bharrat Jagdeo, further told supporters that the PPP/C will ensure that those private cane farmers who were also affected by the Wales closure get help.
“All of the farmers who were supplying cane to Wales [Estate], we have to find alternatives and we will support them too, from Canal and other places, because they used to produce and they used employ people. We have to find ways to assisting them so that they can get back into production… We have a duty to ensure that all the people treated badly by this Government get redress,” Jagdeo asserted.

To this end, he urged supporters to ensure that they turn out to vote on March 2 to ensure PPP’s victory, which, he noted, should be by an enormous margin.
“There must be no doubt about the victory. It can’t be the 50,000 votes that we beat them by in the last Local Government Elections. It gotta be even bigger… And that’s why we need you to be campaigners not passive listeners,” the Opposition Leader stated.