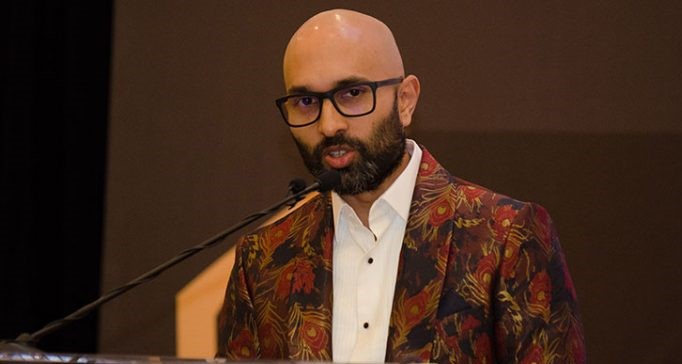 LEADERS in Guyana are hoping that, immediately after the judicial review of the most recent interim injunction granted by the High Court, Guyana can return to and complete the process towards a final declaration of the results of the 2020 General and Regional Elections.

The most recent road blocks include an interim injunction to prevent a national recount on the basis that final declarations were made by the Returning Officer (RO) from all ten Regions and those declarations are final; advice from Guyana’s Chief Parliamentary Counsel against an Order by the Guyana Elections Commission (GECOM) for the national recount as it would supersede electoral laws and the withdrawal of a high-level CARICOM team as a result.

Expressions of regret that such had taken place have come from President David Granger and Head of CARICOM, Prime Minister of Barbados, Mia Mottley. In an interview with Kaieteur Radio on Wednesday, Minister within the Ministry of Finance, Jaipaul Sharma said that it is unfortunate that after two declarations which confirmed that the coalition had won the overall elections, there was no official overall declaration. He said that the law is clear on the processes which should take place during the tabulation of Statements of Poll (SOPs), recounts and elections petitions but the Opposition is working to “frustrate the process”.

“We have to have an end to this matter,” Sharma stressed. “There must be a government and an opposition.” Minister Sharma reiterated that the APNU+AFC coalition will never interfere in the work of GECOM as the body remains independent and cannot be instructed by the President but must act in accordance to law. He said that while some persons are displeased with the President’s position on the matter, he is simply acting in keeping with his Constitutional powers.

Sharma chastised the Opposition for mimicking parliamentary behaviour at the office of the Region Four Returning Officer (RO) leading to the first breakdown in the process some two weeks ago. In 2017, the Opposition had been accused of “hooliganism in the House” by Prime Minister Moses Nagamootoo when they protested by holding up placards and shouting throughout the address of President David Granger at the 71st Sitting of the National Assembly.

He also strongly criticized the violent protest of PPP/C supporters which went as far as to injure school children travelling in a David ‘G’ bus. Also weighing in on the matter was Former Foreign Minister, Sir Shridath Ramphal. He said that it was regrettable that despite the agreement between Guyana’s two main political leaders for a recount with the watchful eye of a CARICOM team, the plans were derailed.

“In the darkness of disagreement, CARICOM’s helpful intervention in trying to resolve the general election process at the request of both President David Granger and Opposition Leader Bharrat Jagdeo was a ray of light. All Guyana should have welcomed it, as most Guyanese did,” he said.

“It is utterly regrettable that, despite the highest-level agreement between the political leaders of Guyana and five CARICOM heads of government acting for the community, the invited CARICOM team to oversee the recount of the votes has had to withdraw.”
Ramphal said that Guyana is being deprived of regional and international approval and global respect at a time when it matters most. However, he was pleased to note that CARICOM has not “closed the door” on Guyana but remains willing to play the role previously agreed upon. He advised: “What is required now is for all to place the interest of the nation above other narrow considerations that could mar the country’s prospects and retard the strides that the people of Guyana have made collectively. I urge that peace and progress be pursued lawfully and transparently.”

On behalf of the business community, the Georgetown Chamber of Commerce and Industry (GCCI) President, Nicholas Boyer, said, on Thursday, that Guyana looks to the Elections Commission for resolution on the electoral challenges faced. It put the deliverance of this resolution into the hands of GECOM Chair, Retired Justice Claudette Singh.

Boyer said: “Justice Singh, your job is not enviable and it cannot be easy, given what you inherited. However, as Chairperson of the GECOM, you have one supreme purpose – to deliver credible elections. For this, Justice Singh, the full force of the law is behind you and we at the Georgetown Chamber of Commerce and Industry, as spokespeople and representatives of a business community, stand with you and believe that you still can and will do the right thing to honour your sacred role of delivering credible elections.”
Meanwhile, the African Cultural & Development Association (ACDA) stated that it respects rights of citizens to seek redress in the courts on any related electoral issue and gave its support for a national recount of the ballots cast on March 2, 2020.

“[We support] a verified recount of all electoral districts as legally permitted under the Constitution, under the supervision of CARICOM in chronological order from one to ten. ACDA expects the African community and our political leadership to accept the results of a recount and will call on them to do so if necessary,” the Association stated in a release yesterday.

While the international community, particularly the United States, has brought Guyana’s attention to possible sanctions if a President is not sworn in under illegitimate circumstances, ACDA stated that it is not deterred by the threats of sanctions from the international community and will support efforts towards a resolution of the elections crisis. Their issue stated: “ACDA is of the view that no one should be elated about sanctions or the threat of sanctions being imposed on Guyana since all investments in Guyana will be at risk and those with the greatest amounts of investment are likely to lose the most.”
The High Court has granted an interim injunction blocking the national recount of ballots that should have started Tuesday evening at the Arthur Chung Conference Centre.

The Judicial Review of the Fixed Date Application (FDA) will be conducted today, March 20, 2020 at 09:00hrs in the High Court.