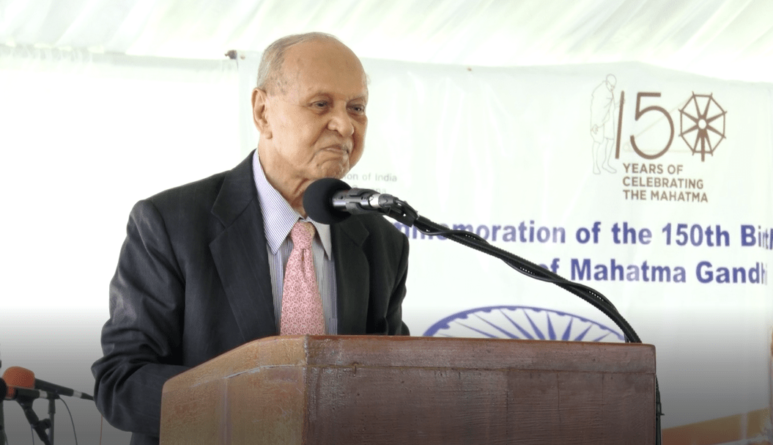 It is really unfortunate what is currently happening in Guyana as a result of an electoral process that was suddenly abandoned after nine electoral districts had been non-contentiously counted, tabulated and declared by the district Returning Officers and after about half of district four had been similarly tabulated in a non-contentious manner, the Returning officer of district four abandoned the process and arbitrarily declared numbers for Region 4 giving the APNU+AFC overall victory.  Even after being directed by the Chief Justice to conform with the process as dictated by law, he again foisted unverified numbers into the process and declared the APNU+AFC as winners.  In the context, we need to take remedial steps to restore our democracy and the will of the people. You and the Leader of the Opposition agreed to a recount of the ballots under CARICOM supervision but that too was aborted by shenanigans including an injunction by one of your party candidate.

In my younger days, I faced many challenges in my business and personal life but I have successfully fought through, triumphed over these challenges and produced results that were beneficial to all stakeholders.  This is no secret – since returning to Guyana (almost on Independence Day 1966), I have held many positions.  I have also worked outside of the business to create opportunities and jobs for ordinary people and this was strictly on the basis of humanity and not racism.  In all my efforts, I wanted Guyana and all Guyanese to benefit.

You, Mr President, are a Churchman, you believe in God the Supreme, the Creator and Destroyer and those who would delude themselves that they would live forever, must realize that when that day comes, you can’t take a single thing with you – you come in this world with nothing and you leave with nothing and all that is left is what you have done for the people on earth.  You still have the opportunity to redeem yourself and the Lord, the Creator is very generous to those who have always given to the less fortunate.  Guyana is in a situation now like so many other places that people will be starving.

Our Constitution is not an ideal one, it gives unlimited power to an individual which is not good for any democracy.  Our Constitution must not only be defended by political parties and our citizens, but also by democratic norms, or unwritten rules of tolerance and restraint. Without robust norms, constitutional checks and balances do not serve as the bulwarks of democracy we imagine them to be. Instead, institutions become political weapons, wielded forcefully by those who control them against those who do not. This is how elected autocrats subvert democracy, and other neutral agencies. This requires to be amended immediately which will benefit all Stakeholders and not only the political parties.

The process of tabulation of votes for Region Four which took place at GECOM was described by all international and independent observers as deeply flawed.  Guyana needs to take corrective actions and find a solution to this issue immediately so that we can have a democratically elected Government in place. By failing to do this, we shall face condemnation globally and we will not be recognized as a functional democracy any more.

In my experience as an entrepreneur, businessman and analyst, sanctions can have dramatic impact not only on politicians but the general economy and the people of Guyana.  It will bring tremendous hardships to businesses; create huge unemployment, high level inflation and currency depreciation. Such a situation will mostly impact on the livelihood of the vulnerable lower income citizens as they are dependent on the commercial and business activities.

I therefore urge everyone involved to find an amicable solution to this at the earliest in the interest of all Guyana.