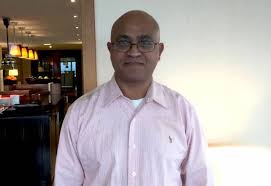 Reference is made to your editorial, `Tensions’ (SN Feb 27) wherein you state the fact that

observers are essential to validate the electoral process,  and even then parties rejected unfavourable results. It should be noted that observers don’t guarantee a free and fair elections.  Observers were present during the 1978 referendum that was massively rigged. Observers had a routine presence in Guyana for elections since 1992 and yet there were allegations of fraud.

It is indisputable that Guyana had fraudulent elections between 1968 and 1992 and that is why observers flocked to Guyana to monitor elections. Elections have been marred by malfeasance since 1992 and even some fraud. Election officials took sides. That is why we need observers to level the playing field.

Observers are invited to monitor Guyana’s elections from a number of organization not the least being the Carter Center, Caricom, the Commonwealth and European Union  among others. Does the presence of observers prevent fraud? Observers do not prevent fraud. Rather they document and report irregularities. Is it possible for observers to certify an election whose results is fraudulent? Kenya’s elections of 2017, for example, was certified by observers including by former Secretary of State John Kerry only to have it thrown out by the court because of fraud embarrassing the international observers. So the presence of foreigners monitoring an election is not a cure for fraud. Nevertheless, their presence is critical to deter fraud and in Guyana every effort must be made to stop fraud.

International observers are limited in their presence for the 2020 Guyana elections. They can’t be everywhere to deter fraud. In addition, they have not been present during the registration process and have not monitored the list of voters to check on the existence of voters. Neither house to house check nor scientific testing of the registrants was carried out for accuracy of the list. The observers and polling agents will have to look for individuals attempting to impersonate other voters.

One of the problems with monitoring the voting process is the observers can’t be present at every polling station (given their limited number) and at the computing office to prevent skullduggery or outright fraud. An observer is not positioned at a polling station during the entire voting process (6 AM to 6 PM). Observers visit a polling station to check if all is well – has enough ballots and whether people are able to cast ballots, etc. Then they move on. At the time of a visit at a polling place, all would be well because staff and the party agents would not want to violate the sanctity of the voting process in the presence of observers. As soon as the observers leave, and are unlikely to return, skullduggery could be employed – rushing of stations, agents thrown out of stations, multiple voting, boxes are stuffed, etc.

Counting of ballots and statements of polls can also be problematic. Fake statements were introduced in the 2015 election.  And there were problems with spoilt or rejected ballots and recounts. There can be improper tallies; numbers may be placed under an incorrect party column.  International and domestic observers are most important to this election. In order to enhance the integrity of the process, they should be very active and have a presence at known troublespots to deter fraud and guarantee a free and fair election that truly reflects the will of the voters.