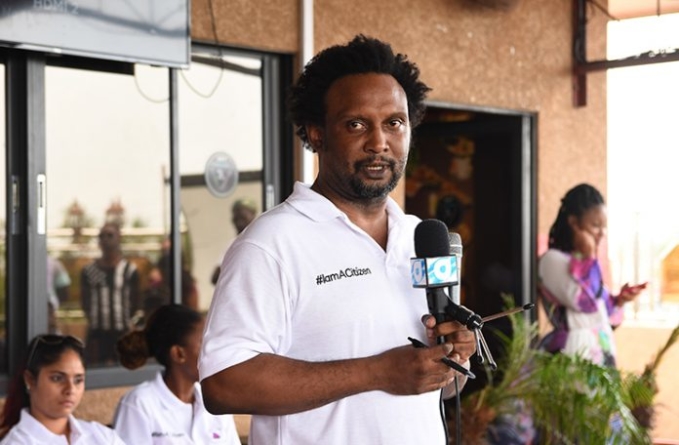 When it comes to the present elections imbroglio, I notice that the contortions from those in defence of the indecency have now shifted from highlighting the ‘integrity’ of the APNU+AFC administration to warning about the absence of decency in its predecessor, and this as implicit justification for what is clearly an attempt to hijack the process.  The message is clearly that the PPP must be kept out by any means, including rigging an election.

To be clear, most of the people that I trust in this battle are not enamoured of a PPP win, myself foremost among them.  I know more than most the excesses of a government controlled by Bharrat Jagdeo, which is what any Irfaan Ali administration would effectively be unless held accountable.

Indeed, we have had more than our fair share of foreshadowing in that regard. When Ali said that he would appoint Jagdeo as a Vice-President, it was not merely conjecture but a seeding of a particular tree the fruit of which would easily be a future Jagdeo presidency.  In the wake of the Granger administration’s abject failure to reform the Constitution in spite of multiple manifesto promises to do so, all it takes to remove the constitutional barrier preventing a Jagdeo third term is a two-thirds majority in parliament voting on an amendment to do so.

In that instance, what would be needed is merely a compromised and decimated political opposition supplying the necessary additional votes.  After that, the very same musical chairs that saw him ascending to the Presidency in 1999 would then be replayed.  That is a future, conjectural danger that we should seek to prevent, and must be prepared to fight if it comes into motion, but it does not justify in any way the nefarious holding on to power as is currently being done.

At the heart of this struggle is the fundamental issue of transparently and accurately reflecting the will of the people.  There is a great deal of hypocrisy being displayed when it comes to speaking about sovereignty and constitutionality without referring to what the very first thing the Constitution says about the issue.  Article 9 of the Constitution reads:

“Sovereignty belongs to the people, who exercise it through their representatives and the democratic organs established by or under this Constitution.”

Credible elections as conducted by the constitutionally mandated body to do so, the Guyana Elections Commission, is the process by which we mediate and affirm the direction and nature of that sovereignty.  What we had in the count of Region 4 was therefore, by all accounts except that of APNU+AFC (minus the courageous Dominic Gaskin), a corruption of that sacred process by Clairmont Mingo and hence a willful and sustained attack on the sovereignty of this country.

For those who insist on feigning ignorance in what took place, the Commonwealth Observer Group’s March 18 statement sums it up:

“It is the clear and considered view of the Group that the tabulation processes conducted by the Returning Officer for Region 4, Mr Clairmont Mingo, were not credible, transparent and inclusive.  The series of events that the Group observed in the tabulation of Region 4 results between 3-14 March are of grave concern.”

This is the crux of what has transpired and that is what has invited threats of sanction and global ostracizing.  I note the ‘dire’ warnings of what sanctions can do to a country and its people being peddled about by Coalition elements.  Now while this is generally true, any sanctions that would come about from Granger being sworn in on the basis of the discredited declarations would be targeted sanctions against members of his administration and of the political parties that comprise it, their close family, and their business associates and party financiers.

In the long term however, if it is that we as a people do not resist, the incidental impact of those sanctions will inevitably impact upon the delivery of services.  An illegitimate government will not have access to foreign assistance like the US$5 million we have requested from the IMF to fight COVID-19.  Norway has already put a halt on the remaining tranche of funds that was due to us under the bilateral anti-deforestation agreement.  That US$55 million dollars in petroleum revenue we recently received from Exxon will not be transferred from the Federal Reserve Bank of New York to the Bank of Guyana on the request of an illegitimate Minister of Finance.

That said, the international community is incidental at best.  We as citizens cannot stand by and watch this crude attempt at hijacking these elections.   The recount as was agreed to by President Granger, Opposition Leader Jagdeo and Mia Mottley was perfectly fine.  It was therefore insultingly poor theatre that, after the President spent all of last week Monday “seeking legal advice” on a document that he had proposed to validate a recount that he had ‘initiated’ (after multiple applications by other parties), and after his Minister of Public Health and party Chair had ordered the site of the recount fumigated for ants hence making an all-night recount impossible, on Tuesday a candidate on the list that he heads filed an injunction stopping that recount.  It would be curious to see what legal advice Mr. Granger received that led him to signing the aide memoire authorizing the recount, and whether this was shared with his candidate before she filed the injunction only hours after his signing off on said recount.

As has been pointed out by several persons, Article 162 (1) (b) of the Constitution empowers GECOM to provide corrective measures in any process related to compliance with any Act of Parliament,’ and that includes Mingo’s gross misconduct in carrying out his duties under the Representation of the People Act.   This is a good sense measure in an otherwise flawed constitution, one that offers clarity out of this crudely constructed quagmire and allows us a pathway to fulfilling Article 9 via a credible, openly conducted and properly executed recount.