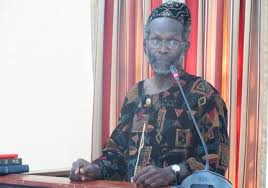 Now that the court has ruled, procedurally the fate of the elections is in the hands of the Guyana Election Commission (GECOM) and not with the political parties. However, it is the leadership of the parties and their supporters that will decide what follows after the announcement of the results of the elections.

Our winner takes all electoral system makes it almost impossible for either political block to accept the results without considerations of the inherent consequences, economic,  social and political on their respective constituencies. These were not the normal elections of previous times and all have agreed to this reality – hence “The Mother of all Elections”.  And this is for the following reasons: the rise of the oil and gas sector and its effects on the present economic disparity among the races, which can lead to the permanent economic domination of the African and Indigenous communities. Objectively, oil and gas will have unprecedented economic and social transformative effects on the country one way or the other. The big question is how this inevitable reality is managed by the leadership of the major political parties and the contending social and economic forces who are seeking refuge in party politics?

Elections under our present political and governance system were not designed to address this most important challenge that has its roots in the European colonialist project: that enslaved   Africans and indentured Indians and other race groups faced the brunt of economic and social exclusion. At a national level, the anti-colonial struggle produced brief moments of united political action against the colonial powers which diminished over time due mainly to the divide and rule tactics employed by the European colonial powers. This led to the underdevelopment of the contradictions between the colonial administration and the local population.  The result was that the race groups and their respective leaderships at the point of independence and thereafter engaged in the inevitable struggle for political and economic control of the country.  These elections in the context of the developing oil and gas sector have engendered the historic contradiction mentioned above and challenged us to find a solution outside the “winner take all“ governance system.

Having agreed on this,  the next and more important task is to begin a national discussion on Guyana’s future economic model. Cotton and later “king sugar” shaped our economic reality –  the challenge is for us to use the oil and gas wealth to correct economic historical injustices and create a new Guyana based on the principle of non-domination. Unless we can get to this point where no race group seeks to use historic advantages for domination, our future will be bleak, to say the least. In ending I wish to point out what I have said in previous polemics that the young generation is as guilty as the older generation when it comes to elections and race voting. The same holds true for the female section of the population. There is no substantial gender dynamics that will alter race voting. We are all guilty and should all take responsibility.