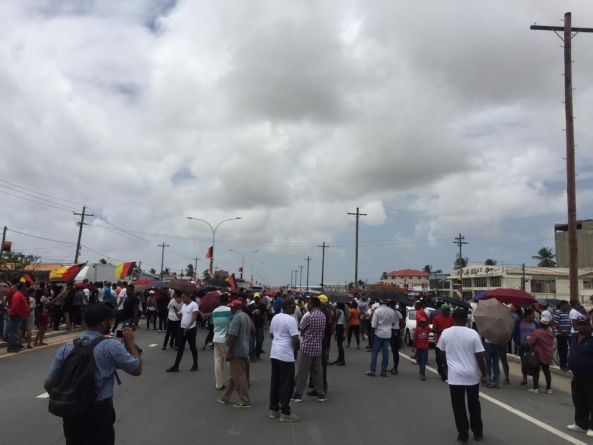 Two protests were launched this morning along the Bath Settlement Public Road, West Berbice and Lusignan on the East Coast Demerara against what protesters said was the rigging of Monday’s general elections.

Protesters at Bath blocked the road with burning tyres.  They chanted:  “Granger must go” and also stated that they believe the elections were rigged.

Lusignan, East Coast Demerara residents today also mounted a protest over what they see as rigged general elections on Monday.

They also chanted for President David Granger to go.