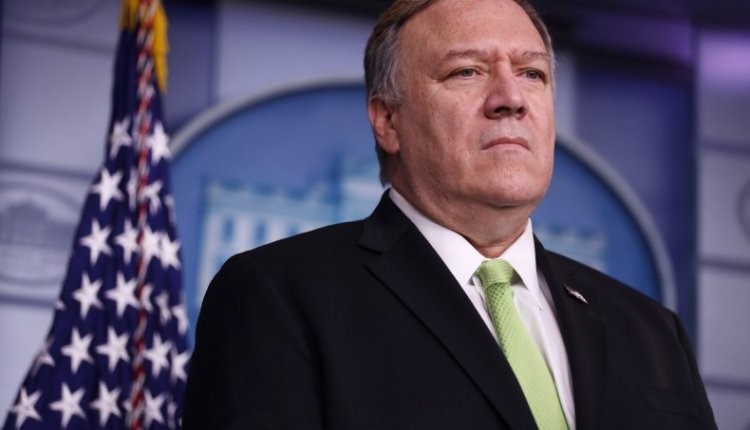 Guyana’s protracted election process continues to draw attention from Western countries with US Secretary of State Michael Pompeo announcing yesterday that he had discussed the issue with Canadian Deputy Prime Minister Chrystia Freeland.

“Spoke today with @CAFreeland to discuss the crisis in #Venezuela, the COVID-19 outbreak, support for democratic transition in Guyana, and the importance of continued strong @OAS_Official leadership on democracy and human rights,” Pompeo said via a tweet from his official twitter page.  Freeland is Canada’s former foreign minister.

This is the third reference to Guyana from an official in the United States Government in recent days.

One hour before Pompeo’s statement, Acting Assistant Secretary for the U.S. Department of State’s Bureau of Western Hemisphere Affairs Michael Kozak issued his own tweet in which he “echoed” the Caribbean Community’s (CARICOM) statement on the Guyana elections, and called for all sides to respect the rule of law.

Additionally on March 6, the US envoy along with representative from the UK, Canada and the European Union called on President David Granger to avoid a transition of government at this point as it would be unconstitutional since it would be based on a vote tabulation process that lacked credibility and transparency.

In a joint statement the United States of America Ambassador Sarah-Ann Lynch, the British High Commission,  Greg Quinn, the Canadian High Commissioner Lilian Chatterjee, and the Delegation of the European Union’s Head Fernando Ponz-Canto, expressed deep concern over “credible allegations of electoral fraud which may influence the results of this election.”

“We call on all to ensure proper procedures are in place to yield a credible election result.  A fair and free process is vital for the maintenance and reinforcement of democracy in Guyana,” the statement noted.

Pompeo’s involvement signals the level at which Guyana’s elections are on the agenda and also how significant Washington’s response could be were there to be a swearing in of a new President following a rigged result.

The ongoing controversy surrounds a declaration of “unverified” results for the elections in Region 4.

On Thursday, GECOM controversially declared the results for district four, which show the incumbent APNU+AFC coalition securing 136,335 of the valid votes cast compared with 77,259 votes secured by the PPP/C. Nationally, according to the figures provided, the total votes the incumbent has managed to secure was 237,017 of the 472,834 votes cast on Monday. This is 7,638 more than the 229,379 secured by the PPP/C.

The process used by GECOM to arrive at the Region Four result has been questioned by the opposition PPP/C and the other political parties that contested the elections, along with the international observers, and they have all called for the numbers to undergo the verification of the tabulation process as stipulated under the electoral law.

The PPP/C has taken the matter to the High Court and Chief Justice Roxane George is set to hear argument today about whether the Returning Officer, Clairmont Mingo has complied with Section 84 of Chapter 103, The Representation of the People Act.