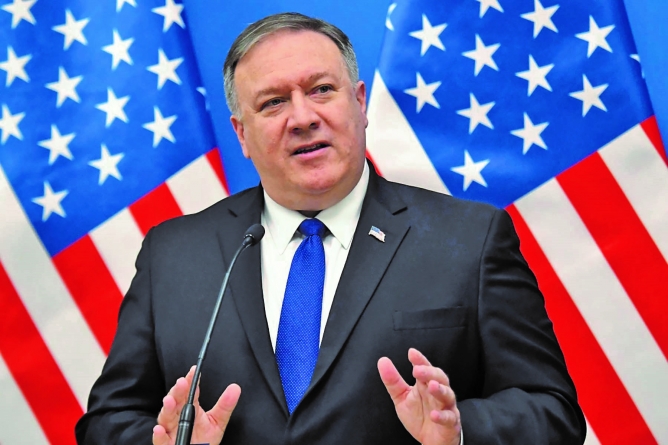 The Senate Foreign Relations Committee has endorsed the actions taken by the US Department of State on Wednesday against senior officials of the David Granger-led administration.

United States Secretary of State Mike Pompeo on Wednesday announced that the United States will be revoking visas from individuals “responsible for or complicit in undermining democracy in Guyana.”

Chairman of the Senate Committee on Foreign Relations Jim Risch (R-Idaho) in a tweet shortly after the announcement said “I applaud @StateDept’s actions today to hold accountable Guyanese officials who have undermined democracy & delayed results from #Guyana’s March elections.”

He added that “it’s long past time Guyanese authorities begin a democratic transition of power that reflects the confirmed results.”

Risch had previously joined other US Senators calling on President David Granger to honour the will of the Guyanese people and concede defeat at the March 02 polls.

They had also dispatched a letter to the President on May 12th encouraging a free, fair, and transparent recount of the presidential election.

On July 26, they say a declaration of the winner of the elections must be based on the national vote recount scrutinized by CARICOM. The Senators noted that reports suggest questionable maneuvers by interested parties designed to continue forestalling a final declaration of results.

The US State Department on its website said the events following the March 2 elections indicate that there are forces that have repeatedly refused to accept the will of the people at the ballot box.

“Guyana’s non-democratic trajectory is dangerous for its citizens and for the hemisphere as a whole.  I hope that Guyana’s leaders understand what is at stake if they continue down this path,” the State Department said.

It added that the US action is not about interference but to send a clear message of the consequences of subverting democracy and the rule of law, which poses a danger to the US and its hemispheric partners.

“We have long said that we have no preference for a winning party, as long as it is selected through a free and fair electoral process that is credible,” the statement pointed out.