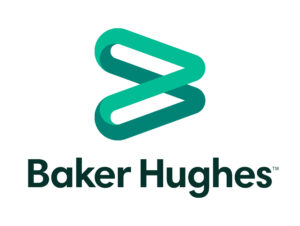 Baker Hughes, one of the world’s leading energy technology companies, is expected to construct an oil field service facility located 14 miles south of Georgetown in Land of Canaan, pending government approvals.
According to the project summary which was lodged with the Environmental Protection Agency (EPA), the facility is being developed in response to a call by the government for oil and gas operators to develop and utilize supply bases in Guyana instead of accessing such services directly from Trinidad and Tobago, or the United States of America (USA). In this context, Baker Hughes noted that its shore base facility will see an investment of over USD $8 Million for construction while adding that the lifetime of the project is 15 years or for as long as contracts are available to service the oil and gas operators.

Kaieteur News understands that the construction phase of the project is estimated to take approximately six to eight months. Baker Hughes said that the Oilfield Service Facility will be supported by multiple product lines to supply offshore oil and gas operators. The Oilfield Service Facility is also expected to serve as an Assembly Maintenance and Overhaul (AMO) facility to clean, inspect, disassemble and assemble tools for completions, wire line and drilling services product lines for delivery to oil and gas operators.
For more than a century, Baker Hughes said, it has been at the forefront of designing, manufacturing and servicing transformative technologies to help take energy forward. The company noted that it operates in more than 120 countries and works in partnership with its customers to deliver better outcomes. Baker Hughes also has operations in Barbados and Trinidad and Tobago, which, like Guyana, are member states of the Caribbean Community.

Even as it pursues this new project, Baker Hughes has been developing partnerships with local businesses which share an interest in benefitting from the oil sector. In November 2019, the company entered into a joint venture with John Fernandes Limited to construct a waterfront facility named GPort at Wieting and Richter, Water Street, North Cummingsburg.
Outside of these relations, Baker Hughes is a well-known client of ExxonMobil, which benefits from a lopsided deal for the Stabroek block.