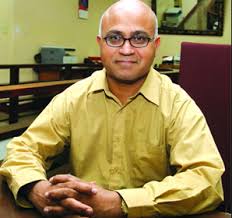 Dear Editor,
Your front-page news item (March 27) reported that the Guyana Ambassador was summoned to the State Department. This concept is studied in International Relations or International Politics in courses on Diplomacy or Foreign Affairs. I did doctoral studies in both fields and as such understand the concept and when it is used.

Summoning an Ambassador is a diplomatic tool that a host country has when it wants to make its anger felt to another country. An Ambassador is a representative of a country to another country; relations between countries are normally carried out by the Ambassador (and staff) and the Foreign Ministry (State Department). “Summoning” an Ambassador (of a home Government) simply means that the host state ‘orders’ an Ambassador (or his representative based in the capital) to the Foreign Ministry (diplomatically if not legally obligated to appear) usually to express displeasure and warn of consequences of an act (policy) carried out by the country of the Ambassador.

The disapproval can be verbal and/or written. It is the highest level in the host country of a show of disapproval of an act. Normally, there is a dress down (the Ambassador gets an earful) of the act or policy of the country. If the Ambassador is unavailable, the Deputy goes in. Summoning an Ambassador is a serious action by the host state; it is usually the last verbal warning before actions are taken.

A summoning is not normally or lightly taken by a host state or ignored by a home state (especially if it is small and weak). And the US hardly summons Ambassadors of small countries to deliver messages for their governments. The Ambassador can refuse to attend a summoning. But it will lead to serious consequences like banning from all social events and trigger more serious actions like withdrawal of aid, instructing the Ambassador to leave the country, etc.

The US summoning of the Washington-based Ambassador is the first time in Guyana’s history that her Ambassador was summoned to a foreign Ministry of another state. The summoning of the Ambassador has to do with the election. The State Department official was blunt that fraudulent results of the election will not be accepted. There would be serious consequences for a Government that swears in from a farcical count of ballots.

The Ambassador had an obligation to report that message to his Government. And the State Department made the act of summoning and the message public so that Government and the population in Guyana and the diaspora are aware that the US means business about its intolerance for rigged elections. If it was not that important, the US would not have made it public.

The summoning signals a strain in relations. It is the first act of upbraiding with more to follow. Such an act is not normally followed by a second warning although it is possible that the Secretary of State could intervene more directly and give another serious warning to the Guyana Government. If there is continued intransigence, sanctions could be the next step. A summoning needs to be backed up by other action to send a clear message that the host country means business.

In short, the message from the summoning means the US would not accept a fraudulent electoral outcome declared by Clairmont Mingo. And if GECOM and the Government continue on that path, both will suffer serious consequences for their action.

The Ambassador of the home Government would brief his superior (Minister) and get instructions on the most appropriate way to respond. But no explanation would suffice; the US wants a Government based on the real outcome of the elections not Mingo’s declaration of the count of Region Four. Nothing else matters to the US at this time! It will become more serious if the correct result is not declared within days.

The Guyana Government and GECOM are urged to act quickly and decisively in bringing the electoral count to an end, declaring the real winner, and letting relations with America return to normal.