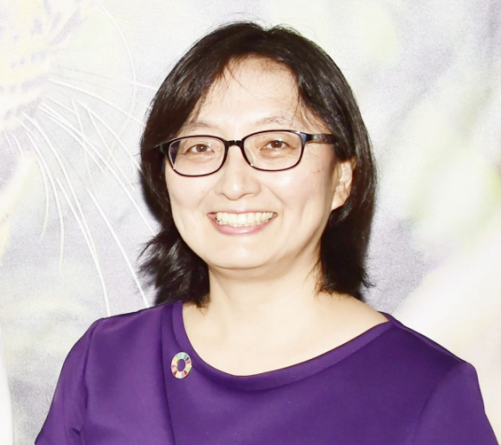 United Nations Resident Coordinator in Guyana, Mikiko Tanaka has once again weighed in on the current electoral crisis in the country, calling for the impasse to be brought to an end.

This time, she premised her calls on the fact that young people need political space to be heard and contribute to society.
In a tweet on Tuesday, the UN Representative said “Many young people in #Guyana are passionately engaged in #ClimateAction. They need political space to be heard and to contribute to the betterment of the environment and society. An end to the political crisis is urgent! @UNGuyana.”

Earlier this month, Tanaka had expressed concerns over the fact that Guyana is yet to figure out an end to its elections held more than four months ago at a time when the region is facing its worst recession in the last 10 years.
She tweeted that: “as Latin American and the Caribbean face the worst recession in a century, #Guyana is still figuring out how to conclude the 2 March elections. @UNGuyana.”
Prior to that, she tweeted on June 23 that “a credible end to the elections is urgent for the elected government and parliament to fully attend to their wellbeing and resource needs to serve the people.”

The Secretary General of the United Nations, Antonio Guterres, on July 10, stressed the importance of announcing final official results of the March 2 General and Regional Elections to the Guyanese people “as soon as possible to end an impasse that has lasted more than four months”.
The UN Secretary General had also called on political leaders and their supporters to recognise and accept the final official results and refrain from any act or statement that may fuel tensions or incite violence.

The UN is just one of many international organisations calling for the swift conclusion of the March 2 elections, with a declaration from the recount results which show that the People’s Progressive Party/Civic (PPP/C) won with 233,336 votes.
The David Granger-led APNU/AFC coalition lost the elections but they are refusing to concede defeat. Instead, they are mounting court challenge after court challenge in a bid to prevent the Guyana Elections Commission (GECOM) from declaring the certified recount of the results.

Instead, Granger’s party wants the Elections Commission to declare the results based on the original tabulation of votes, including the fraudulent figures produced by Clairmont Mingo, the Returning Officer of the largest electoral district, Region Four.
Mingo’s figures were heavily inflated in favour of the APNU/AFC coalition – as observed by members of the international community.

In fact, it was Mingo’s production of concocted numbers that led to the undertaking of the National Recount exercise – which was agreed upon by caretaker President Granger and the Opposition Leader Bharrat Jagdeo. It was also conducted under the auspices of the Caribbean Community – which Granger had described as the most important interlocutor in the process.

Caricom, in its report on the recount, deemed the results emanating from the process credible and asserted that it should be the basis of the declaration of the winner of the March 2 polls.
But APNU/AFC coalition refused to accept the findings and instead launched a campaign aimed at discrediting the recount activity, though it was hailed as a credible process by the international observers, local observers and nine other political parties that contested the elections.

Though GECOM’s Chairperson Justice Claudette Singh has already made a decision to declare the results of the election based on the recount figures, the Commission has not been able to do so because it’s Chief Elections Officer, Keith Lowenfield, has been refusing to submit his final elections report with the recount results.
Instead, Lowenfield has submitted reports with various concocted numbers, including the previously set aside declarations by the Returning Officers including Mingo’s fraudulent figures.

Guyana’s acting Chief Justice, Roxane George, in a case filed by an APNU/AFC supporter to block GECOM from declaring the results based on the recount figures, made it clear that the winner of the elections can only be declared using the recount results.
The coalition supporter, Misenga Jones, has since appealed the CJ’s ruling. The Court of Appeal is expected to hand down its decision on Thursday.

Meanwhile, Lowenfield has since been slapped with three private criminal charges in relation to conspiracy to commit fraud, breach of public trust and misconduct in public office. He is expected to make his next court appearance on August 14.