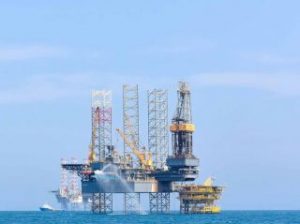 Westmount Energy Limited, a UK company that has been buying up shares in several companies with highly prospective oil blocks in the Guyana-Suriname basin, has been able to land its shares on the Alternative Investment Market (AIM) and the OTCQB Market.
The Alternative Investment Market (AIM) is a sub-market of the London Stock Exchange (LSE) that is designed to help smaller companies access capital from the public market. AIM allows these companies to raise capital by listing on a public exchange with much greater regulatory flexibility compared to the main market.

The OTCQB® Venture Market is for early-stage and developing U.S. and international companies. To be eligible, companies must be current in their reporting and undergo an annual verification and management certification process.
By making it onto these markets, Westmount Chairman, Gerard Walsh, said he is hopeful that the company will be provided with more opportunities to broaden its investor base.
The Swiss resident and Chartered Accountant was keen to note as well that Westmount is now the only junior company on the AIM market that can provide investors with accessing profit making opportunities in Guyana’s Kaieteur and Canje Blocks.

Trading under the ticker, WMELF, Kaieteur News understands that the company is using the OTCQB market as an international stage for its investments in the fast-emerging Guyana-Suriname Basin.
The Guyana-Suriname basin is one of the oil industry’s major exploration hotpots. In the last five years, 18 out of 20 exploration wells drilled on the Stabroek Block have met with success, contributing to a discovered inventory of nine billion barrels of oil equivalent resources. That figure is expected to grow as ExxonMobil, the operator of the Stabroek Block, moves ahead with its aggressive drilling programmes in the Kaieteur and Canje blocks. Those two blocks are also contiguous to the oil rich Stabroek concession.

Currently, four companies have stakes in the Canje block: ExxonMobil (35 percent), Total (35 percent), JHI Associates (17.5 percent) and Mid Atlantic (12.5 percent). In this concession, Westmount has shares in JHI Associates. In its latest financial report, Westmount disclosed that it recently increased its stake in JHI from 3% to 6.9%. As a result, JHI is now its largest investment constituting approximately 61% of its portfolio.
As previously reported, JHI is a private, Ontario-registered, company established in 2014 and focused on oil exploration opportunities in the emerging Guyana-Suriname Basin. The company’s main asset is a 17.5% carried interest in the Canje Block covering over 4,800 square kilometres, offshore Guyana. It is anticipated that the first well on the Canje Block, Bulletwood-1, will be spudded this month.

The Bulletwood-1 prospect is reported to be a ‘Liza look-alike’ confined channel complex and will target approximately 500 million barrels of oil equivalent resources. The second well on the Canje Block will target either Sapote-1 in the east of the block or Jabillo-1, in the northwest of the block, which is reported as a billion-barrel class basin floor turbidite fan.

In the Kaieteur Block, Westmount has shares in two companies, Cataleya Energy Limited and Ratio Petroleum. Westmount currently holds a total of 567,185 common shares in CEC. As previously reported CEC is a private, Canadian registered company established in 2015 and focused on oil exploration opportunities in the emerging Guyana-Suriname Basin. CEC’s main asset is a 25% participating interest in the Kaieteur Block, which it holds through its wholly owned subsidiary Cataleya Energy Limited (“CEL”). The 13,500 km2 Kaieteur Block is located outboard of, and adjacent to, the Ranger Oil Discovery which is located on the Stabroek Block, offshore Guyana.

In Ratio Petroleum Energy Limited Partnership (“Ratio Petroleum”), Westmount holds 1,200,000 units in Ratio Petroleum. This company holds a 25% participating interest in the Kaieteur Block and a 20% interest in Block 47 offshore Suriname.
Westmount also has1,500,000 common shares in Eco Atlantic Oil and Gas which holds a 15% interest in the Orinduik Block offshore Guyana, which is adjacent to the Stabroek Block. During August and September 2019, Tullow, the operator of Orinduik and its partners, Total and Eco, reported two heavy oil discoveries (Jethro-1 and Joe-1 respectively) in separate Tertiary age reservoirs. Subsequently, in January 2020, Tullow reported a light oil discovery (Carapa-1), in Upper Cretaceous reservoirs, on the neighbouring Kanuku Block. The commercial potential of these discoveries remains to be fully evaluated.