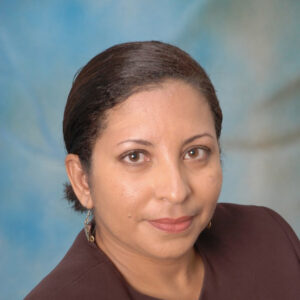 The University of Guyana (UG) has been coming under fire for failing to issue certificates to a significant number of graduates over the past year.
Many of these graduates took to social media voicing their frustrations about the delayed certificates, lamenting that they would have graduated since 2019 and still have not received them despite several queries made.

It was highlighted that in September, they were given an option to have their certificates delivered by registered mail, which they had to consent to but despite doing so; they still have not received them.
“I finished in the 2019/2020 academic year and since I graduated it has been a constant headache. I made so many calls to UG and kept hearing that they were working on it, even before this (Corona) virus. And after the virus came, that was the new excuse. They told me that staff cannot risk their life for certificates and they are still working to get them sent out, but it’s the end of the year. There’s no excuse for that,” a former student told Kaieteur News.

Another graduate took to Facebook, contending that they should not be running behind UG for certificates after attending the institution for four years.
In response to the steady complaints, the University urged graduates to be patient, stating that they are still working on delivering the certificates.
Further, the University’s Vice-Chancellor, Dr Paloma Mohamed-Martin, told another section of the media that the Registry could only deliver certificates to the graduates who consented for the registered mail delivery and are not indebted to UG.

The Vice-Chancellor said that according to a report conducted by the Registry, the University of Guyana Berbice Campus (UGBC) graduated 216 students in the class of 2019; of which 67 consented and only 36 of that 67 were cleared.
She added that the exact thing occurred at UG’s Turkeyen Campus, where out of 1,903 graduates, only 173 consented to have their certificates delivered by registered mail.

The Vice-Chancellor said that the Registry would have repeatedly asked these graduates to complete all the processes required and the decision to mail certificates was only approved late last month.
She said that students not indebted to the University have two other options besides delivery by registered mail. “We are in safe mode dealing with some serious issues of COVID-19… We have to balance safety with service. We can email transcripts and letters of completion at this time until all our systems are sufficiently virus-proof to entertain the public. Also, those who want their certificates mailed can go into SRMS to indicate.”
Contrasting those claims, students even highlighted that “simple transcripts” were difficult to obtain from the University, claiming that they requested them for their employers but still have not received those as well.