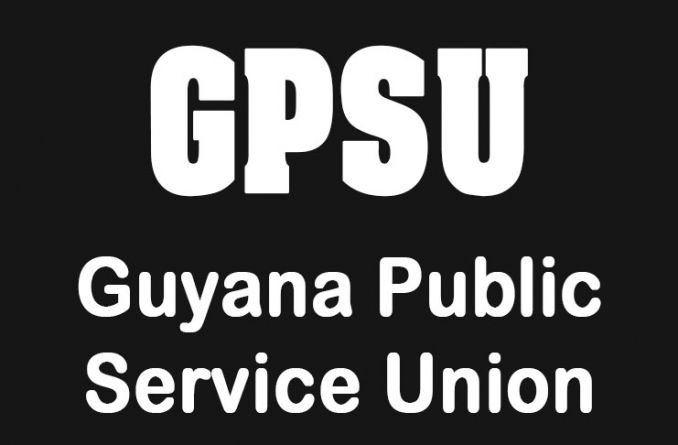 In a  statement, the GTUC said  it was surprised and disappointed to see footage of an invasion of GECOM by clearly opposition forces on the pretext that their interest is GECOM Chair Justice Claudette Singh’s safety.  The GTUC noted that at the centre of the invasion was  Bharrat Jagdeo former president of Guyana under whose leadership citizens were shot down in the compound of Office of the President.

“Mr. Jagdeo today feels he has the right to lead an unruly group in an invasion of  GECOM  to check on Justice Singh’s safety which is not his job. The safety of Justice Singh is that of the Guyana Police Force and or authorised designated State security operatives”, the GTUC said.    The GTUC said that at the very least the people of Guyana should expect that such conduct would be condemned in the strongest possible term.

“The laws of this country must be upheld even as the right to protest must be respected. The behaviours tolerated at GECOM (on Thursday) must never be allowed to happen again.

“Due process must prevail and all parties must adhere to the channels through which their grievances can be discussed and reviewed. Outside of that there is judicial recourse. Guyana is not the Wild West and Mr. Jagdeo must not feel he is the toughest cowboy leading a charge for valour”, the GTUC declared.

The GTUC called on all law abiding Guyanese, all community leaders, civil society, political leaders, international observers to condemn the Jagdeo-led invasion of GECOM and the threat to innocent workers including officers of the Guyana Police Force.

“Mr Jagdeo cannot want the PPP to lead this nation by invoking anarchy and continued disrespect for the law when he is not in government”, the umbrella trade union said.

For its part, the GPSU commended GECOM for a smooth and transparent “elections day” voting process.

The Union, a local GECOM accredited observer and a stakeholder representing Public Sector workers’ interest, said it observed polling at hundreds of polling stations across five administrative regions and recognizes an obligation to bring to the attention of GECOM matters which in the Union’s opinion, are likely to jeopardise the credibility of the election’s process.

“The election agent of each group of candidates may appoint one of the candidates, hereinafter in this part referred to as the ‘duly appointed candidate’ to attend at the counting of the votes in a district.”

The GPSU said that the presence of a large number of persons within the counting area of the Returning Officer’s Office in District 4, contravenes the aforementioned act.

“This should have been censured by several senior political operatives, including the PPP/C Presidential Candidate Mr. Ifraan Ali, all of whom seemed not to have discouraged their supporters who were engaged in the lawless abuse of GECOM employees and members of the Guyana Police Force in Uniform, these attacks resulted in damage to property and coercion of GECOM Staff and law enforcement officers in uniform. All in full view and in the company of both local and International Observers.

“The Union would not ignore that these groups may have concerns, however, the fact remains that disorderly, lawlessness and irresponsible behaviour, ought not to be tolerated”, the union said.