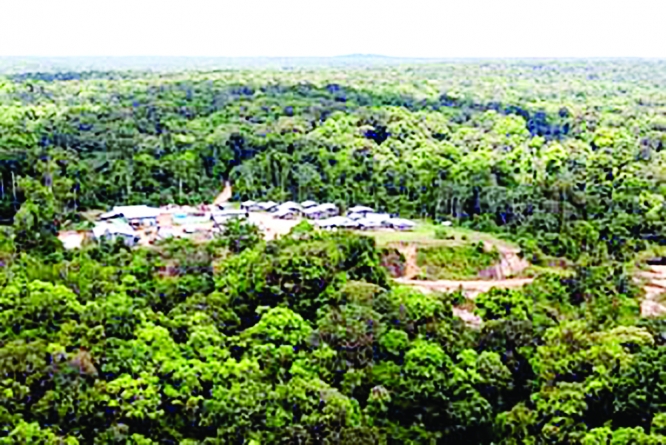 Australian mining company Troy Resources has found high-grade gold at its Karouni, Smarts Underground mine, raising expectations about the potential of the site.

According to Troy Resources, updated information on the Smarts Underground mine and its ore reserve is expected to be completed late in late December. Besides gold, however, the company reported that it has a nine-hole diamond drilling campaign currently ongoing at the Smarts NW site. The company reminded that previous drilling had shown promising results.
“In previous announcements to the ASX, Troy has released the results of diamond drill holes SDD183 to SDD189, the majority of which encompass spectacular intersections. The Company has now completed the infill at Smarts Underground – drilling SDD191 and SDD192 – with all assay results now received.”

“These two holes targeted the extremities of the known mineralization, so the expectation was always that the intersections would be far less spectacular than those received from drilling the core of the deposit. Nevertheless, good intersections were received,” Troy Resources said.
The Smarts deposit started out as an open-pit location. But Troy has always had its eyes set on the future of underground mining. Last month, it had announced the discovery of some 131.93 grams per tonne of gold. Managing Director Ken Nilsson had described it as spectacular.

“Throughout my career, which has spanned multiple mining operations across multiple continents, I have only once previously been involved in the drilling of a hole with results anywhere near as spectacular as those from SDD189,” Nilsson had said last month.
Out of the 634,905 ounces of gold declared in 2019, Troy Resources as one of Guyana’s largest gold producers accounted for a large portion of it. The company, which is Australian-owned and has its operations in Region Seven, reported production figures of 58,118 ounces of gold from its Karouni, Region Seven (Cuyuni-Mazaruni) mine for 2019. In 2018, their gold production figure was 70,207.

The company produced 4528 ounces of gold in the first quarter of 2020. This was a steep drop compared to the 13,333 ounces of gold it produced for the equivalent period in 2019. However, the company had closed its operations in October of last year, after a deadly mining pit cave-in.