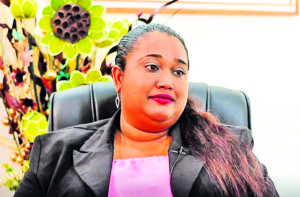 Another political party has joined with its fellow parties in the opposition, to reject A Partnership for National Unity/Alliance for Change’s (APNU/AFC) calls for dialogue, making it clear that it will only have a dialogue with a legitimate Government, not a sanctioned one.

On Saturday, The New Movement (TNM) General Secretary, Dr Josh Kanhai explained that it is not open to dialogue with the People’s National Congress (PNC)-dominated APNU/AFC. He reminded that TNM has been calling in vain on APNU/AFC to respect the will of the Guyanese voters since March 5.
TMN, he added, has noted the games APNU/AFC and its political organisation has been playing since the successful passage of No-Confidence Motion (NCM) on December 21, 2018.

“Those games have now diminished into child’s play after the 2020 General and Regional Elections. We are of the firm belief that your leadership is not genuine and therefore conclude that any form of dialogue with your organisation will [be] like that of a stillbirth at this point in time.”
Prior to the General and Regional Elections, TNM had formed an agreement with two other parties, Liberty and Justice Party (LJP) and A New and United Guyana (ANUG), to join their lists.
Together, they had won 5214 votes, which by using the Hare formula for seat allocations means they are expected to get one seat. Both LJP and ANUG had rejected APNU/AFC’s overtures for “dialogue.” Kanhai also echoed their sentiments.
“We will join with our Joiner of List partners and reiterate that we will only entertain dialogue with a legitimate Government and not a sanctioned Government. We see and foresee the games you are trying to play and the straws you’re trying to clutch at and we are proud to say that will not be one of them.”

“We urge you to respect all of the court’s decisions, in other words, we are simply asking you to accept defeat at the 2020 GRE, respect the international community, respect GECOM and we urge you to release this country from your damaging grips,” he wrote.
Currently facing pressure from the international community and civil society in Guyana to concede defeat, the caretaker APNU/AFC had issued a statement on Wednesday in which it said that “…in the national interest, and with a view to maintaining stability and peace, [it] remains open to dialogue with other political parties and stakeholders on the way forward for our country. The APNU/AFC coalition is prepared to act responsibly to bring a resolution to the ongoing political situation.”
Both ANUG and the LJP said on Friday that they will only have a dialogue with a legally elected Government, parliamentary opposition, other political parties and stakeholders in finding a progressive path forward for Guyana with issues such as constitutional and electoral reform high on the agenda.
This, ANUG had said, can only be brought about through the declaration of the elections by the Guyana Elections Commission (GECOM) using the votes tallied by the National Recount process, which the leadership of both APNU/AFC and the main political Opposition, People’s Progressive Party/Civic (PPP/C) agreed to.
Already, Opposition Leader Bharrat Jagdeo has indicated that the PPP/C will not be having any dialogue with APNU/AFC before the election’s declaration is made. The 33-day recount exercise shows PPP/C with a landslide victory of 233,336 votes while the caretaker coalition obtained 217,920 votes – a difference of some 15,416 votes.
LJP, which is led by former National Toshaos Council (NTC) Vice Chairman Lenox Shuman, was the third highest-grossing party with 2657 votes. Coming in fourth was ANUG, led by former Speaker of the National Assembly and PPP/C Executive, Senior Counsel Ralph Ramkarran, which received 2313 votes.
The votes obtained by the other new parties that contested the March 2 elections are Change Guyana –1953; People’s Republic Party – 889; The Citizenship Initiative – 680; TNM – 244; and the United Republican Party – 360.