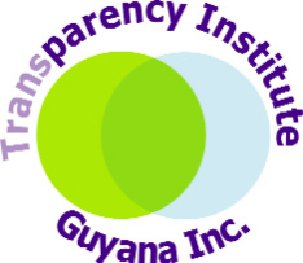 On the heels of the shock decision by the PPP/C government to send EPA Head Dr Vincent Adams on immediate leave, Transparency Institute Guyana Inc (TIGI) today said it had no confidence that the EPA can make key upcoming decisions on ExxonMobil without his presence.

In a letter which will appear in tomorrow’s edition of Stabroek News, TIGI said:

“We see no reason for removing our best qualified person for reasons other than misbehaviour, especially when ExxonMobil wants to release reservoir water into the ocean instead of injecting it into the wells. Unless there are secret considerations, it is not as complex as they make out. The reservoir water does not have to be treated any more than already provided for under the present environmental permit. It is also for Dr Adams to decide on the Payara approval permit. We have no confidence the EPA can make those decisions without him. This agency needs more and qualified staff to execute their mandate according to law. We would be more confident if Dr Adams is there also to interview the candidates”.

Yesterday, Adams told Stabroek News: “I received a letter to proceed on vacation since I had 126 days outstanding. The records in Human Resource states I am entitled to 77 days”.

Questioned on whether he had outstanding work, he said that he did and would ensure he brings government up to date on where he is before proceeding on leave. He said that his letter stipulated that he hands over to Sharifa Razack. She is currently the Permit Review and Authorisation Manager and reports to the Director of Corporate Services.

Adams’ abrupt exit from a process that he was actively a part of, as well as being this country’s lead technical person, is likely to draw public consternation and questions on the rationale for the move.