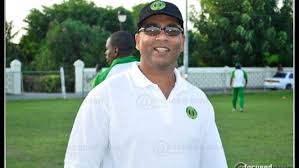 There is no hierarchy of documents among the Statements of Polls held by GECOM and those issued to political parties, placed on the exterior of polling places and given to law enforcement officers. It is in this context that I found the discussion by the Chief Justice of the lack of exactitude in verification process alarming. There was a mild suggestion that should a situation arise where the eleven contesting parties and GECOM all have varying and irreconcilable differences in SOPs, that the Returning Officer (RO) can go with the numbers on the GECOM copy and objections can be entertained by way of election petition after a final declaration. Given that there is no hierarchy of documents as stated in the beginning, the RO’s copy has no more value than that of the smallest contesting party, the legal solution in the event of dispute is to refer to the source of information on the SOP for clarification and verification, the ballots stored in the ballot boxes. The RO cannot declare his/her numbers to be superior to any other.

The very process of returning to the ballot box as outlined above has been utilized in this election (2020) in Region Five during the APNU/AFC requested recount. That the recount was aborted after the PPP/C lead grew is of no consequence, the precedent has been set.
Given that a return to the verification process is inevitable and there seems to be some grey area developing to cloud the transparency and integrity of the procedures, I would suggest that the offer of assistance from the United Kingdom be accepted and visiting that CARICOM heads also be focused on ensuring a credible process of verification be agreed to before GECOM’s District Four verification is allowed to reboot.