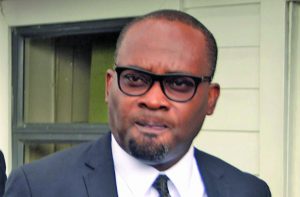 Attorney-at-law Roysdale Forde is of the view that the law does not require the verification of the results as declared by the Returning Officer of Region Four, Clairmont Mingo, on Thursday last.

In a video posted by A Partnership for National Unity + Alliance For Change (APNU+AFC) on Facebook, Forde, a candidate for the coalition in the 2020 general election, sought to clear up what he believes to be a misconception about the process needed to produce credible results.

He said that the Representation of the People Act, the law governing the process, does not state that a verification process is necessary. This is what the People’s Progressive Party Civic (PPP/C) is advocating for.
Mingo made a declaration at GECOM’s Command and Media Centre on Hadfield and High Streets, to noise and what later turned out to be protest by the PPP/C.

Furthermore, the lawyer said that the Returning Officer had initially started a verification process, but that it was brought to an end largely because of “abusive… disruptive” conduct by agents of the PPP/C.
Of Mingo’s declaration, Forde said that it was done publicly and broadcast for the public to see.
Forde urged the public to remain in their homes, and to remain calm as they await a swift resolution of the current controversy by the Guyana Elections Commission.

However, the issue is the figure declared for Region Four votes. The international community says that the result was not arrived in a transparent and credible manner.