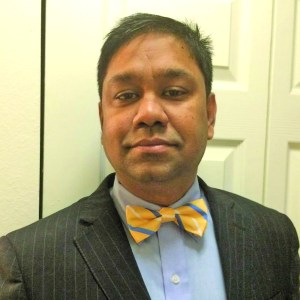 As a subset of the runaway public expenditure happening in Guyana under Team Granger, one can analyze the state of expanding current expenditure during the period April 2015 to March 2020.  Because of space in the newspapers, these thoughts have to be developed over a series of communications, so while a now idle former public official is anxious for evidence quite disingenuously, he has to be patient.  Let us begin!

The empirical evidence is there (Gupta and others) to prove that “strong fiscal consolidations (in absolute terms) are associated with higher economic growth both in the short and long terms but also that the composition of fiscal adjustment matters: fiscal adjustments achieved by curtailing current expenditures are, in general, more sustained and more conducive to growth.”  So while these irresponsible former policymakers in Team Granger used the last 5 years to recklessly increase current expenditure by almost 40%, the real question to ask is what was the corresponding aggregate growth in the economy over the same period?  The empirical evidence on the data coming out of the Bank of Guyana proves that the aggregate growth in the economy was less than 50% of the growth in current expenditure.  This evidence supports the conclusion that there are a plethora of instances where Team Granger threw away good money behind bad projects over the last 5 years.  Any responsible and thinking senior policymaker would want to spend money to make money for the people at a corresponding rate.  However, as we saw over the Granger years the efficiencies in current spending were pretty inefficient.

And there is a reason for this inconsistent economic performance.  It is not how much you spend; but what you spent it on.  If the expenditures were more strategically injected into the productive sectors to create more jobs and generating more direct economic benefits for the many, I am convinced from the empirical evidence garnered from the progressive countries, that our economic performance would have been much more satisfactory.  But when you spend this money on value destructive activities such as rent, parades, and pageantry, then there is only one outcome; destruction of the future economic potential of the nation.

Let us analyze where the increases in the current expenditure occurred during the period between April 2015 and March 2020.  There was an 88% increase in rental and maintenance of buildings and state-owned properties and infrastructure?  Did you notice how many good buildings were repainted in green just for the heck of it but created negligible economic activities? Do you know how many private properties Team Granger rented over the last 5 years?  This act only benefited a small cabal close to the apex of Congress Place and totaled billions of dollars over these 5 years?

There was a 57% increase in personnel cost mainly to facilitate a massive army of high priced political flunkies all over the state establishment.  I know of a former senior army official who boasted that he only had to go to a meeting once per week at the Ministry of the Presidency and he got a full salary. His salary was over $6 million a year plus a further $4 million in benefits such as guard, executive vehicle, maid, etc etc.  And this is just one example of the many cases of political underlings being funded with hard cash that could have financed full-time technicians in the Ministry of Agriculture and other parts of the productive economy to better serve the people.  Then there was an increase in transfer payments by some 86% over these 5 years from the Central Government to all sorts of agencies.   The evidence is there for an inquiring eye to see, although they have tried their best to hide these facts.

Let us be clear, total current expenditure over the 5 years from April 2015 to March 2020 was $938.3 billion.  This is a 65% increase in current expenditure under Team Granger compared to the previous 5 years under the PPP/C.  This situation can only be described as squandermania, and helps to explain why the government’s main checking account – the public deposit at the Bank of Guyana now has an overdraft of over (minus) $91 billion as at June 24, 2020, compared to real cash left in that account by the PPP/C Government at the end of March 2015 totaling (positive) $15 billion.

So in conclusion, when the history books are written and the performance of the political leadership in the Ministry of Finance during the tenure of David Arthur Granger is evaluated; they will most certainly secure an “F” grade. With the kind consideration of your letter pages, I rest part of my case as we continue to analyze the state of this economy in 2020.