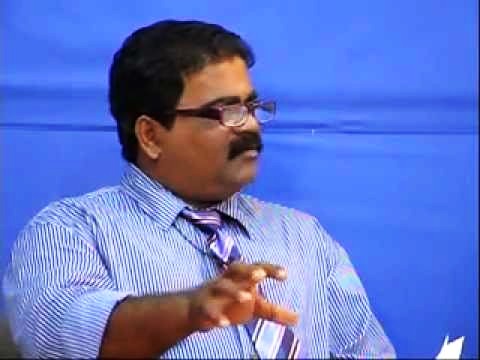 Dear Editor,
At this point of impending crisis, it will be instructive to trace the trail of rigging by the PNC especially since its rebirth from May 2015.
It is now an undeniable historical fact that the PNC rigged the elections of 1968, 1973, 1980 and 1985 as well as the referendum in 1978 and from all the pieces of evidence, there are now desperate attempts to rig the 2020 Elections.
After rigging the referendum in 1978, by which they gave themselves a two-thirds majority even though only 14 per cent of the electorate turned out to vote, it became clear that the PNC cannot any longer win an election in a free and fair manner so they used everything at their disposal to rig the 1980 Elections.

In the 1978 rigged referendum, a number Caricom Government congratulated the PNC. In 1980 the PNC usurped the powers of the Elections Commission by appointing the Chief Elections Officer who ensured that the electoral list was padded, the lists were not adequately posted in all areas and the Claims and Objections time period was wholly inadequate. As in 1968 and 1973, the list was padded with bogus names, there were multiple registrations and the names of dead people were included. In addition, names were deleted in an arbitrary manner.

It must be noted that in the 1980 Elections, the observers were abused and harassed by the PNC, they were not given access to vital information, notes, films and tapes were confiscated and the man who headed the team, Lord Avebury was arrested by the police. We have seen attempts by the PNC’s Karen Cummings to do the same with the international observers, forcing those from the OAS to leave.

On Elections Day, many voters were denied the right to vote and some were told that they were dead! But as expected, the military, the police and PNC thugs took complete ‘custody’ of the ballot boxes and in Region Four, it was 13 hours after the close of poll when the counting agents from the PPP and other parties were allowed to enter the counting station to witness the counting. The bogus ballots were counted to give the PNC the majority they needed. The PNC gave itself 77 per cent of the votes or 41 seats in Parliament.

The PNC also controlled all 10 Regions. Whilst the PNC bragged about its victory, the observer teams totally condemned the electoral process stating that “the violation of the electoral process have been confirmed”. In 2020 all the observers have condemned the attempts to declare fraudulent Region Four results yet the PNC-controlled GECOM has declared the results based on fictitious SoPs.

In 1985, after Burnham’s death, Hoyte continued the rigging and the counting of votes at the place of poll was not agreed upon by the PNC. Hoyte dismissed this demand by the opposition parties as a ‘red herring and an irrelevance’ and one which is ‘logistically difficult and unacceptable’. He further added that this will result in three different counts and will cause interminable delay in the declaration of the results.

In this election again, the PNC appointed Roy Hammond as the CEO, without knowledge of the Elections Commission. In this election, it became clear that the PNC controlled the Elections Commission and the CEO. In fact, the CEO was taking direct instructions from the Minister of Home Affairs. This is similar to the status of the now GECOM CEO who is apparently taking instructions from the Chairperson and the Commission.

In the 1985 Elections, the Preliminary List was not padded but the supplementary lists were padded by 44,000 names. Thee supplementary lists of 9 regions which amounted to 17,000 names were given to the PPP the day before elections but the Region Four list which comprised 27,000 names was never given. It was clear that the Minister usurped the powers of the Elections Commission and that ‘fairness, impartiality’ were no longer present.

In this election, all the international observers were banned, these included the International Commission of Jurists, the America Watch, the British Parliamentary Human Rights Group, the International Association of Democratic Lawyers and the Caribbean Council of Churches. This paved the way for multiple voting, turning away legitimate voters and the hijacking of the ballot boxes by the military. Will the banning of observers be the next step if an illegal coalition Government is sworn in?

The 1985 election took the same pattern as in 1968, 1973 and 1980, the military took control and the ballot boxes were stuffed with bogus ballots since all PPP polling agents were not allowed to accompany the ballot boxes to the place of counting. The fraudulent result showed that the PNC had improved from 41 to 42 seats.

Sadly, after a hiatus of 28 years, the PNC reactivated its rigging machinery but failed to understand that the democratic world has no place for riggers and dictatorship. The rigging plan took a similar pattern to that of the four rigged elections and the referendum but with many added features, namely, control of the Elections Commission by firstly unilaterally and illegally appointing the GECOM Chairman; the control of the CEO who is clearly not taking instruction from the Chairperson but from the PNC; the House-to-House Registration and the deliberate ‘bungling’ of the voters’ lists and the production of a variety of those; the deliberate delays and pushing back of the elections date; the games with the polling places; the use of the claims and objections to delete legitimate voters; the direct targeting of the Region Four votes via the SoPs and the apparent pusillanimous action of the current Chairperson. We can now add the use of the courts to frustrate the electoral process which is clearly and unambiguously outlined in the Representation of the People Act.

It is now clear for the world to see that the rigging of elections in Guyana could never be possible without the much-needed assistance from GECOM, especially from the CEO and the Returning Officer of Region Four and the ‘missing in action’ GECOM Chairperson. All these uncertainties taking place today in our country would have been avoided if GECOM was independent and acted according to its constitutional mandate.

What is more revealing is the fact that GECOM’s website has produced the declarations by Returning Officers which gave the APNU/AFC a clear ‘lead’ even though the Region Four SoPs have not been tabulated in accordance to the Chief Justice’s (ag) order. Why would GECOM commit such an illegality if it is not under the directive of the PNC? Is the current ‘loggerhead’ between the CEO and the Chairperson yet another drama or a valiant attempt by the Chairperson to salvage her eroding reputation?

Will Justice Singh be able to see the pieces of evidence which are in plain sight that the electoral process has been compromised and that there is a vital need for impartiality, fairness and compliance with the Constitution and any other Act of Parliament?

Only time will tell!