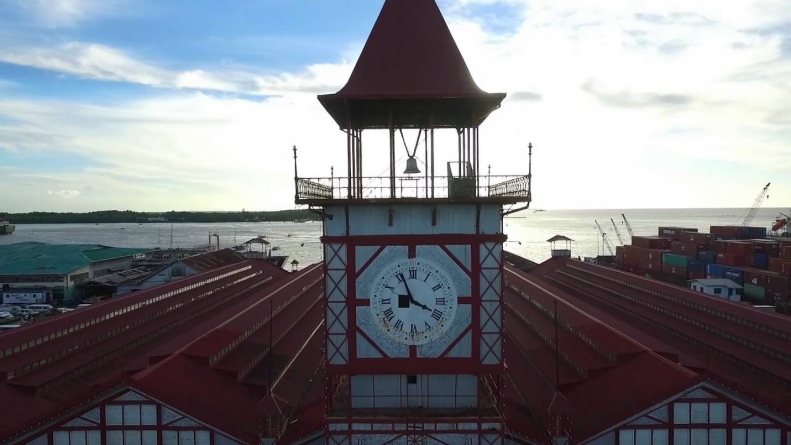 THERE are plans to enhance and provide developmental works to one of Guyana’s historical sites, the Stabroek Market.
Through this enhancement and beautification experience, the tourism industry is expected to be boosted, in the city, in a major way.
This project was launched on Tuesday (18 August 2020) at the headquarters of the Mayor and City Council in the Capital City.

The project is aimed at beautifying the Stabroek Market area and the surrounding environment, and will see the enhancement of all vending and shopping spaces, as well as a better transit system, making way for a great shopping experience by visitors and locals alike.
The new developed Stabroek Market will also see visitors experiencing more safety in a less hectic environment in an improved business area.
The 135-year-old facility was earmarked, during the tenure of the last administration, for the construction of major new waterfront design to the tune of $30 million.

The overall project would have included the development of stellings, wharves, ports and airstrips.
According to then Minister of Public Infrastructure, David Patterson, the developmental works on the projects would have been funded by the Government of Guyana and the U.K Caribbean Infrastructure Fund, at an estimated cost of US$31.5 million.

The Stabroek Market, with its peaked clock tower and steel-framed structure sits at the edge of the Demerara River, hovering over downtown Georgetown like a prayer.

It is a meeting place; a synergy of subcultures; an inheritance passed from stall-holding generation to stall-holding generation
They have inherited the trade, whether it has been passed down or sold. What many have acquired is an heirloom, aged and valued with time. While tourists and locals alike can enjoy the view from the famous clock tower, the clock itself no longer functions. Vendors recollect the days when the clock would chime every hour on the hour, and once at half-hour intervals. Back then, watches were few as they were expensive to own. Now, everyone moves at his/her own pace.