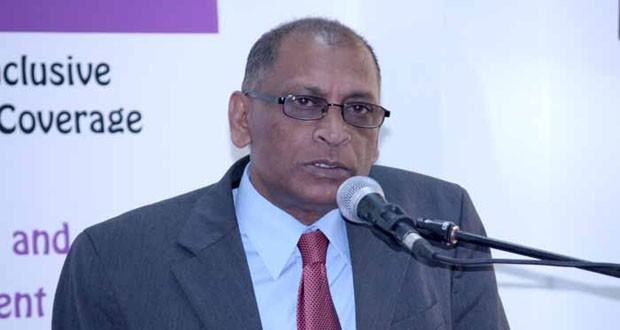 It happened in plain sight, in front of the world. GECOM, directed by David Granger’s APNU/AFC rigged the results for all the world to see. They literally stole the votes of more than 400,000 Guyanese. Their method was crude and barefaced. For the foreigner’s present, both international observers and members of the Diplomatic Corp, they were told beforehand they should leave the country. The crime of electoral fraud was committed in front of everyone. The PPP and the small political parties were present and expressed their outrage. The foreigners did the same. Now the court is involved.

The vast majority of the Guyanese people, more than the 50% who voted for the PPP in the March 2, 2020, general elections, feel cheated, know that they were cheated and refuse to be silent. There are thousands of others who voted for other parties who know and agree that the cheating was barefaced and done in plain sight. The PPP leaders have asked people to be calm, to stay home. The General Secretary, the Presidential Candidate and the Prime Minister candidate have all issued statements and video messages asking for calm and patience. Other PPP leaders are visiting people in their communities begging them to remain calm and stay home, asking them to trust the PPP leadership to carry on the fight in the corridors of power, in Guyana and outside of Guyana.

The PPP leaders have engaged different sectors of the Guyanese population, the diplomatic Corp, local and international observers, UN organisations, international governments to pressure David Granger and APNU/AFC and GECOM to respect the law and respect the results of the March 2, 2020 elections. The PPP leaders continue to harbour the hope that the time for peaceful protests against the stealing of the elections never comes. They have made it clear that not now and not anytime to come will they support violent protests. The people who are aggrieved, outside of a few hours on Wednesday, have taken the advice of the PPP and are staying home, trusting their leaders the fight is not over, the PPP won and that sooner than later, electoral victory will be honoured.

People across Guyana have expressed disgust that the barefaced thieving of the elections is happening in the full view of the Guyanese people and the world. It turns out even many people who voted for David Granger and APNU/AFC are equally disgusted. Some have taken to different forums, including letter columns to express their utter disgust. But some people have taken to spontaneous protest. While many of these people who participated in the Wednesday protest have been peaceful, in some instances, the protest involved blocking roads and burning tires on the road. Not surprisingly, these spontaneous protests led to confrontations with other groups and with Police.

I am disappointed that these protests have seen instances of violence. In fact, in one case, a young man has been shot to death by the Police. Guyana has another martyr. No one wants violence and no one wants to see other Guyanese being affected by these protests. No one wants these protests to become another platform for ethnic polarisation.
For those who have decided to don their sanctimonious garb and condemn those people who protested on Wednesday, it is their right to condemn citizens for the violence that took place. It is our country and we all want a peaceful, tranquil country.

But I note, not once, these same sanctimonious, self-righteous people point their fingers to the real cause, the root cause of the tension that arose. Make no mistake, at this very moment, Guyana is peaceful, but not tranquil. The tension is bursting at the seam. Innocent, ordinary citizens know they were cheated and that they were brazenly cheated. They were cheated by those who have the responsibility to guarantee the people their right. The protectors have become the oppressors. But those who put on their sanctimonious garb and pointed fingers on the protesters ignored that a major crime has been committed against these people. Not once have they acknowledged that fact. Instead, they point their fingers at the leaders of the political party whose victory is being taken away by electoral fraud. Those leaders are the ones who have calmed their supporters, but cannot take away the tension that exists.

While I understand the condemnation of violence and even accept leaders must work assiduously to keep the peace, few of these persons who condemn the protesters have acknowledged that the protesters have legitimate reasons to be outraged. They were cheated— there is no dispute about that. David Granger and APNU/AFC naturally dispute this fact. But they also know that these people know the truth – that the elections were stolen. Older folks have seen this kind of rigging before. Now an entirely new generation is seeing it in front of their eyes. The DNA of the PNC is exposed for everyone to see.