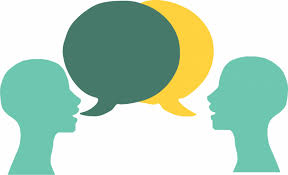 – an endemic inhibitor of economic growth and development

Guyana is at a major crossroad for the first time in its post-Independence history. With oil production having commenced in December 2019, and General and Regional Elections to be held in March 2020, sections of society — and perhaps more so the international community — are deeply concerned about the credibility of elections: whether those elections will be free and fair, and whether the pre- and post-elections periods will be peaceful.

This is a preconceived fear among many Guyanese, and it is premised upon Guyana’s history, wherein there have been allegations of questionable elections and politically motivated violence and crime.
Further, it is also noteworthy to highlight that some politicians are on record in describing these election as the “mother of all elections”; that is to say, with the immense oil wealth, these are high-stakes elections which would serve as the key determinant of fierce, politically- competitive and contestable elections for political power and control of the resource.

While this is the current reality that Guyanese of all walks of life are grappling with, Guyana is, for the first time, receiving an unprecedented level of global attention and attraction — an extremely positive outturn of the emerging oil and gas sector – that makes it now, more than ever before, imperative to strategically exploit these opportunities to reposition Guyana as a number one Caribbean tourist destination.

It is unfortunate that budgetary allocations to Guyana’s tourism industry have, over the years, been almost meagre compared to Guyana’s Caribbean counterparts. It is important for politicians and budding policymakers to understand and acknowledge at the very outset that oil will not last forever. Therefore, central focus ought to be given to industries that would outlive oil for centuries to come, and one such industry is tourism. Case in point: In 2018, there were 286,732 visitors. Now, if each visitor spends an average of US$1,500, that’s US$430 million, or Gy$92.4 billion, or 11% of GDP.

That is the kind of economic potential tourism has. Imagine if we can triple and quadruple this number, then Guyana literally does not need oil. Oil will be short-lived, but tourism is a more sustainable industry, and will continue to be so for decades to come.

Having said that, let’s now examine the thematic area for today. Empirical evidence suggests that political coups and civil conflicts around government transitions are common, especially in the developing world.
Political instability can directly hurt a country’s economy by affecting the investment decisions of the firms. It takes time for the firms to make the investment decisions, especially the manufacturing firms. In unstable political environments, it is very difficult to determine the net present value of an investment, as there are many uncertainties regarding social conditions, which make it impossible to determine the rate of return. Further, the expectations on the future policy and financial return depend very much on general socio and macro-economic conditions. If the expectation is dim in future, then development in the economic sector is almost impossible for any country.

The case of Bangladesh
Political instability always stays a prime concern in any country, and always affects any kind of investment analysis to be made. In Bangladesh, studies have shown how political instability has hampered the business environment and jeopardised the commercial conditions. This is not to mention that the economy heavily depends on how much investment is made within that economy. The reason which makes the investment environment in Bangladesh unpleasant can also be the same reason which would hamper the economic development of the same economy.

Political instability has harmed the financial markets of Bangladesh also. Political restlessness gloomed the stock market right after it had survived the liquidity crisis. In February, 2013, Dhaka Stock Exchange (DSE), Chittagong Stock Exchange (CSE), and Bangladesh Securities and Exchange Commission (BSEC) had taken some measures to boost the stock market. As part of these measures, institutional investors had been given scope to overcome losses. When daily turnover went to more than 500 million taka, many investors were interested. When the market was about to be cured, political instability struck, and investors went away from the markets and refrained themselves from investments.

As a result, the Index came low. Due to hartal, companies had faced losses because of reduction in their production. As a result, the share prices of the companies had gone down. Like the rest of the country, the stock market was also doomed with the political instability (Roy & Borsha, 2013) cited by Chawdhury (2016).

The country had experienced hartal from 4th February to 5th March, 2013, and the DSEX lost 6.07 per cent. (the Daily Star). The Dhaka Stock Exchange general index had fallen to new lows, which is because, according to analysts, political unrest had undermined investors’ confidence. Only nine regular working days were available in March, which made buyers and investors think reasonably to invest their business and investment dollars elsewhere.

According to US Ambassador Dan Mozinathis, this is not how to build an Asian tiger.
The National Board of Revenue also failed to collect the taxes, Vat, and other duties to their expected levels in these months. Political restlessness and sluggish investment conditions were the reason behind this (Chawdhury, 2016).
The author wishes to take this opportunity to urge our politicians not to push our economy into a fragile state, and into a state of political instability; and to promote a peaceful and respectful elections campaign season among themselves; and in the post-elections period, work together to develop and transform the economy. There is enough wealth for everyone in a politically stable environment, and if we all work together towards one goal. This is a time when all politicians across the divide need to unite post-elections; otherwise, Guyana risks becoming another Venezuela.

Let’s not go down that path!