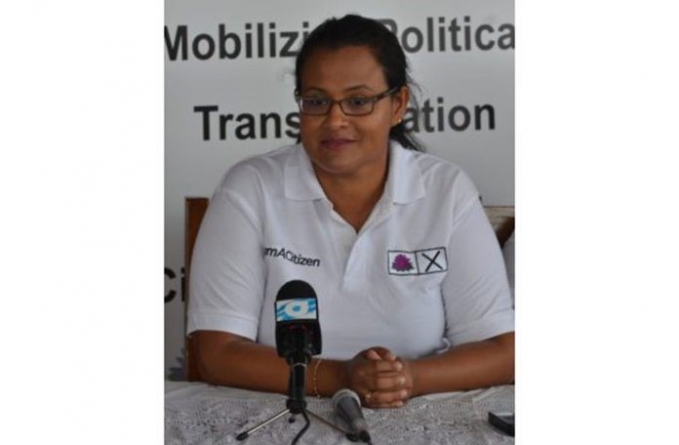 The Citizenship Initiative (TCI) has accused Region Four Returning Officer, Clairmont Mingo, of dereliction of duty during the counting of votes for Region Four on Friday.

TCI, in a release, said glaring discrepancies in the process have rendered the final results an unreliable and inaccurate indicator of the will of the people.

Throughout this process, the small party said Mingo carried out his statutory obligations in contempt of the general judgment and specific declaration of Chief Justice (ag) Roxane George-Wiltshire.

“For those who are not aware of Mr. Mingo’s actions in the wake of a very direct and clear judgment from the CJ, we summarise:

She said she personally committed to staying throughout the entire process and her story is based on a fist-hand account of what happened at GECOM.

“We are a small party, but we are not alone in our perception of how this process unfolded. Every single international observer mission, bar none has commented upon and condemned GECOM’s conduct over the past week.

“We urge Guyanese to consider the future of this country if this fundamental process by which we select our leadership is allowed to remain as flawed as it currently is,” the TCI presidential candidate said.

The Citizenship Initiative believes that the process, on Friday, was so flawed and tainted that the last logical next step to restore any credibility to these elections is that a recount has to be undertaken and in full public scrutiny, beginning from the unsealing of the ballot boxes to the final, credible declaration of the results.

The party also related that in keeping with the Representation of the People Act, it submitted a request for a recount before the statutory deadline of noon on Saturday.
“We are asking that chairperson, Justice Claudette Singh, ensure that a recount, as she has committed to, take place as the process yesterday (Friday) was so egregiously flawed that the result cannot be taken to be in itself an accurate representation of the will of the people,” Rondha-Ann Lam contended.