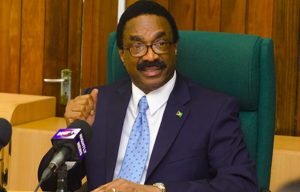 FORMER Attorney-General (AG) Basil Williams says with the increase in COVID-19 deaths and surges in positive cases, it is necessary that the government secures acquisition of the Ocean View Hotel Limited in combatting the pandemic.

In a letter to the press on Saturday, Williams stated that this compulsory acquisition has its genesis in the search by the Ministry of Public Health, under the APNU+AFC government, for quarantine facilities due to the COVID-19 pandemic. The hotel was renovated under the Coalition government to the tune of $1.6B.

Williams’ call came amid a demand from owner of Ocean View Hotel Limited, Jacob Rambarran demanding that the current government pays him one year of rent at a monthly rental of $13M. former attorney-general, in justifying his call to the current government, explained that the former Cabinet had found during its deliberations that the Ocean View Hotel Limited is presently indebted to the Guyana National Co-operative Bank (GNCB) to the tune of in excess of $1,069,425,886 .

The debt, he said, was incurred pursuant to several loan transactions, firstly with the Guyana Co-operative Agricultural and Industrial Development Bank (GAIBANK), and then with its successor in title, GNCB.

The former AG noted that the APNU+ AFC Government had submitted the requisite authority, under the hand of the relevant minister, authorising a sworn land surveyor of the Guyana Lands and Survey Commission to deposit the documents contemplated under Section 9 (1) of the Acquisition of Lands for Public Purposes Act, Chapter 62:05, with the exception of the Certificate of Compensation, to the effect that the National Assembly has voted the sum necessary for compensation for the acquisition of the Ocean View Hotel.

“The Parliament having been dissolved for the holding of the General and Regional Elections, the said Certificate of Compensation could not have been deposited; instead, a Letter of Undertaking, under the hand of the Minister of Finance, stated that when the National Assembly is convened, the appraised sum of the Chief Valuation Officer will be voted on,” Williams explained.

This determined, he said, that the capacity of the current medical facilities was wholly inadequate to deal with the COVID-19 pandemic.

The Ministry of Public Health, he noted, then immediately embarked on a search for a suitable place, and found that the Ocean View Hotel Limited was the most suitable, given the circumstances.

A presentation, he said, was made to Cabinet, based on advice proffered by Mr. Andrew M. F. Pollard, of the Hughes, Fields and Stoby Law Firm, which caused Cabinet to consider whether to lease or own the property in question.

The former AG said it was determined by Cabinet that the best option would be to own the property through compulsory acquisition. The debt was secured by several Debentures.

Acknowledging that the Ocean View Hotel defaulted on payment of the sums due, Williams said that by an instrument dated the 29th day of May, 2009, GNCB appointed a Receiver of the Ocean View Hotel’s undertaking, a Mr. Courtney Perry, with a view to taking over the management of the hotel, and a sale of it to recover the debt.

Mr. Perry remains the Receiver up to the present time, and is still active in this Receivership.

The former AG stated that several civil proceedings were instituted in the High Court against GNCB and the Receiver by Winston Rambaran, the sole shareholder, and a Director of the Ocean View Hotel Limited.

“The court ruled that the appointment of the Receiver was lawful, proper and effective. It was further ordered by the court that the receiver recover the sum of $223,800,000 against the Ocean View Hotel, together with interest thereon at 17.5 per cent (seventeen decimal five percentum) per annum from the said 10th day of March, 2016, until fully paid. [Jacob] Winston Rambaran has appealed to the Court of Appeal, but the appeal has not yet been heard. There was no stay of execution, nor any cross-appeal by GNCB,” Williams noted.

Meanwhile, in the first week of August, owner and sole shareholder of the Ocean View Hotel, Rambarran demanded that the new government pay one year of rent at a monthly rental of $13M.

Rambarran has written the new government, through his Attorney, R. Satram, four days after President Dr. Irfaan Ali was sworn in and one day after the new Cabinet was appointed. The letter is dated August 6th, 2020.

However, Vice-President Bharrat Jagdeo had said that Rambarran “will have a long wait” for any payment for the property.

Jagdeo has justified his position by saying that the new PPP/C administration plans to launch an investigation to determine how the previous government arrived at the deal, and the manner in which public funds were utilitised for the hospital, which was dubbed the Centre for Disease Prevention.