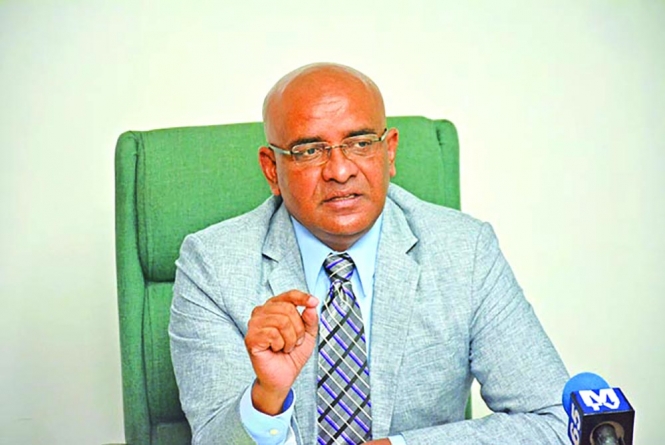 Months after the Peoples Progressive Party (PPP) Administration has taken office there have been no formal talks between the Government and the APNU/AFC Coalition, but Vice President Bharrat Jagdeo said his Government could not find an “honest interlocutor” in the political Opposition.
According to a Department of Public Information report, Vice President is adamant that Guyana needs to settle on one agenda for the future. However, the Government is challenged to identify a single Opposition official, who can speak on behalf of that team.

“We still have to, notwithstanding the fact that all efforts made have failed, we still have to reach out to have that done. The problem now is that we do not have an honest interlocutor on the other side,” Jagdeo said in an interview with National Communications Network (NCN).

To have an “honest interlocutor”, the Vice President said, there must be somebody across the table who will agree to go through “bumpy times with you,” but would still give a commitment and keep that promise.
“So, the question remains. Who do we speak with on the other side? At this point in time, I cannot see a single individual who can stand up and say I speak for the collective and we are going to make some commitments here about working together and that person has the ability to defend, and have the party defend those commitments,” he is quoted by DPI as saying.

Jagdeo said the Government has a progressive agenda and interested parties must subscribe to the overarching economic plan.
The issues in the political Opposition range from its current “infantile” internal turmoil to its continued defence of illegalities. The VP said many people who were not part of the coalition parties’ structure were handpicked for the 12th Parliament, leaving the more seasoned people behind. Further, the Opposition Leader continues to deny the legitimacy of the PPP/C Government.

Jagdeo said the Government is finding it difficult since dialogue is something promised in its manifesto.
“Even now it is very important to us, talking about the future, but you have to have people to talk with, who are not more concerned about defending illegalities,” he explained.
President Dr Mohamed Irfaan Ali has said there could be no talks unless the Coalition leadership recognised his Government as legitimate.