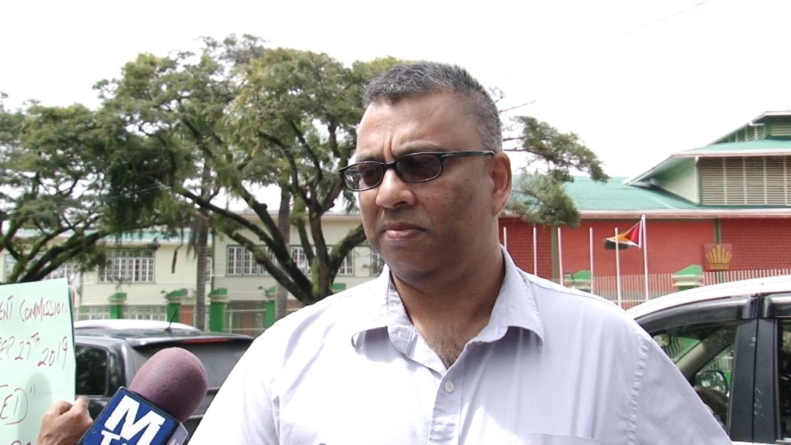 Dear Editor,
The current attempt by the APNU/AFC party to steal the General and Regional Elections is more cause for relief than worry.  In the months before the elections the topic of ‘rigging’ was a question often asked of me and I have been vociferous in my defence of the integrity of the system, it works and it is watertight. Those invested in an APNU/AFC victory were unable to execute a ‘rig’, every ploy to do so failed to breach the layers of scrutiny. Rigging deals in grey areas, stealing while in the harsh glare of international and local observers leaves no doubt as to the outcome of the election. The attempt to steal the election finally exposed the APNU/AFC’s true character to the world, the façade of ‘honesty and decency’ fell like the robe of a courtesan on the sight of lucre.

In an act of grave folly, the Returning Officer for Region Four made a ‘declaration’ of numbers. That the observer missions were present and able to refute the credibility of this ‘declaration’ instantly, left no doubt that this was not an attempt to ‘rig’ the numbers in the APNU/AFC favour, but instead a brazen attempt to bypass the electoral system of checks, balances and intense scrutiny. The District (Region) Four declaration is a failure for APNU/AFC but it is a triumph for democracy and the electoral system in Guyana. Everyone now knows that APNU/AFC has lost the elections and cannot form a democratically elected Government.

The situation and factors affecting our nation’s future are very fluid; APNU/AFC have floated a ‘declaration’ trial balloon, it has been brought down with alacrity by a barrage of condemnation, it would be interesting to see if any member of that party, including David Granger, is willing to climb onboard a vessel powered by such a discredited engine; it would be tantamount to personal endorsement and easily subjected to personal sanction.