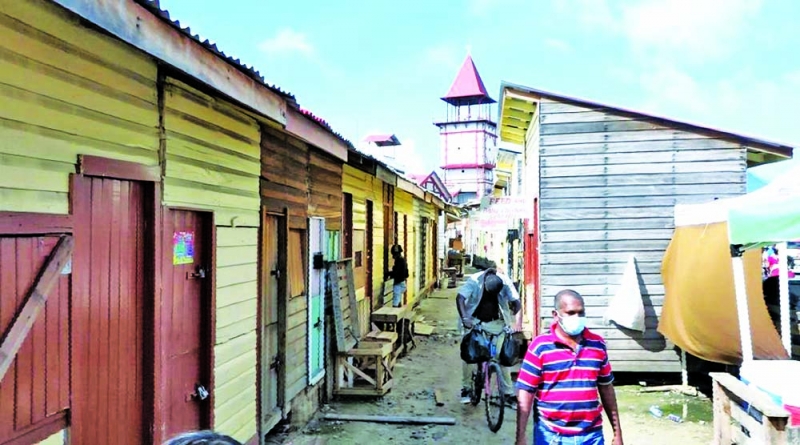 The absence of security mechanisms at the Stabroek Market and its environs has been labelled as the most serious concern for vendors as shopping in the area rapidly picks up for the Christmas season.
Guyana Times visited the area on Monday, where many complaints were raised about the state of affairs at the marketplace, especially for stallholders who were relocated from the wharf.
At that time, there was no City Constabulary presence to monitor activities or protect persons from the frequent petty crimes.

Speaking with this publication, one seamstress, who requested anonymity, shared that there were several small robberies on Monday, whereby a handyman and other sellers were relieved of their earnings.
She said there is an absolute need for stronger measures by the Mayor and City Council, to ensure that Guyanese can conduct their Christmas shopping in a safe environment.

“We don’t have no proper security. This morning, some people get robbed out there. The boys that fetching the cart, they robbed them too. We have no safety here. We have to frighten when doing business…We would like to know that they have constables walking around during the day and even police,” the woman shared.

During this period, many persons are using the opportunity to make purchases and get the best deals for the holidays. It is customary for the crowds to increase in number, leading up to Christmas Day. In previous years, there was an exacerbation of robberies during this time.
Meanwhile, another vendor stated that she has been forced to sleep in her stall five days a week in order to protect her goods. It is a situation which she would like to see improve through proper security mechanisms to protect stalls and valuables.

“There is no security when the night come. From Monday to Friday, I does sleep in here and then go home Saturday night. I does got to pay somebody to watch here cause I keep load for people,” she expressed.
Apart from the lack of security, there is also the issue of accumulated garbage and poor sanitation. During the visit on Monday, it was evident that some roadside sellers are also blocking the entrance into the stalls, resulting in loss of revenue.